Drawings and Paintings of Castles by JMW Turner 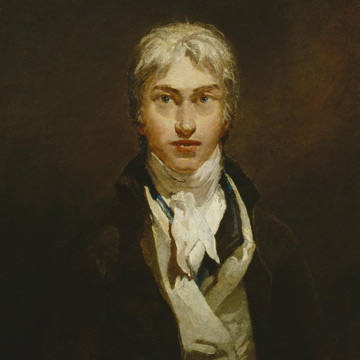 Joseph Mallord William Turner, one of Britain's greatest artists, was born in 1775. In 1882, by the age of 26, he was made a member of the Royal Academy and undertook the first of many journeys around Britain and Europe drawing landscapes, seascapes, ruined abbeys and crumbling castles. His first oil paintings were exhibited in 1796. It was during his travels in Italy in 1819 that his interest in light and colour was kindled and this developed over the years until by the late 1830's it become his trademark with paintings such as the Fighting Temeraire, Norham Castle and Rain, Steam and Speed. When he died in 1851 aged 76 he left a legacy of 300 oil paintings and 20,000 watercolours and sketches to the nation.

Norham Castle was a particular favourite revisited throughout his life and some examples of his work are shown below. More pages showing his castle art can be accessed through the links below. 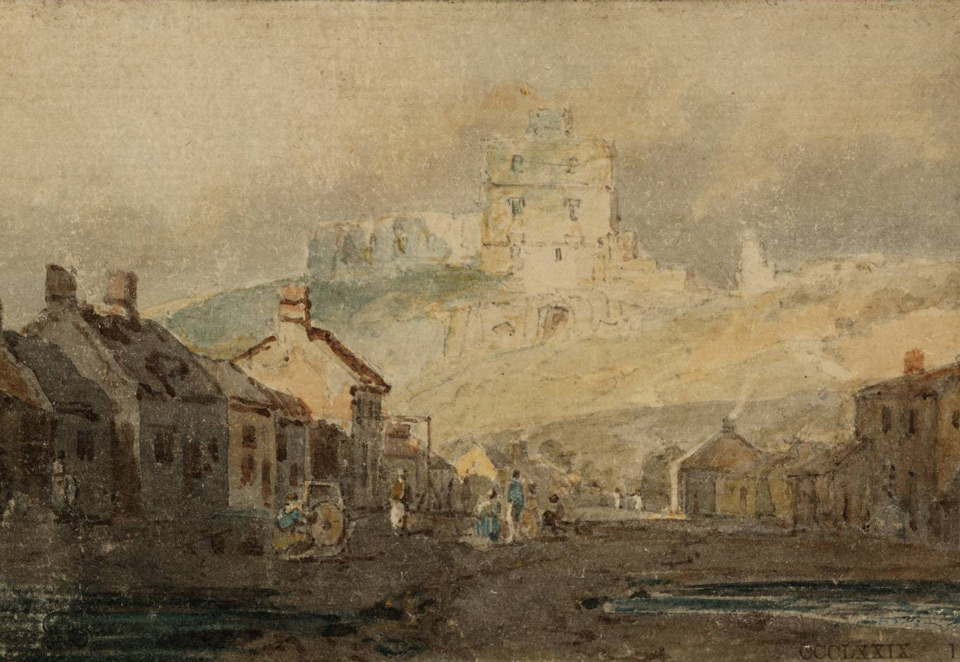 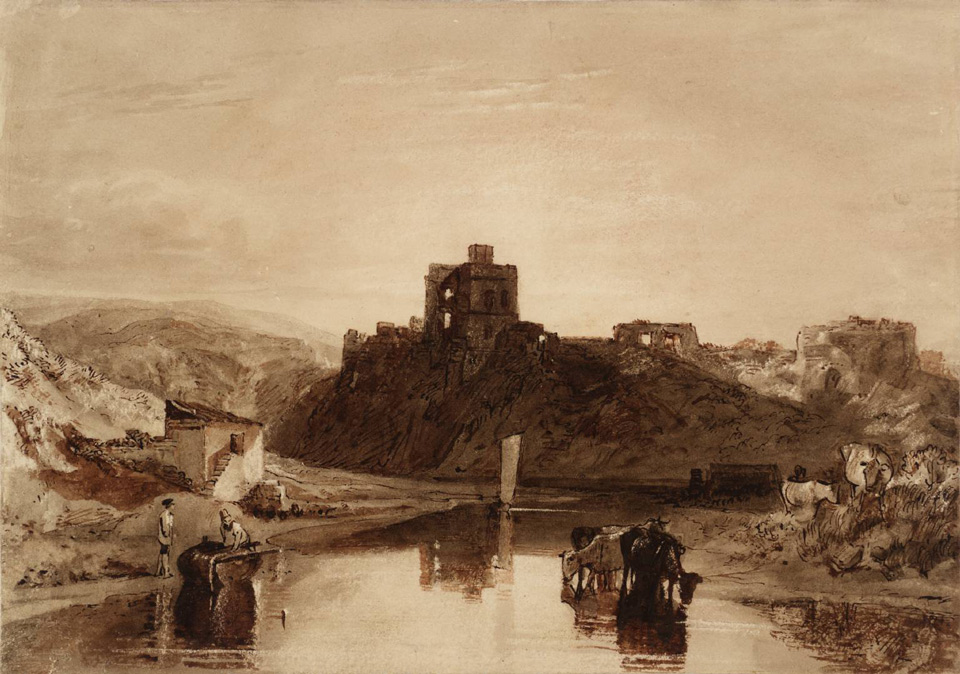 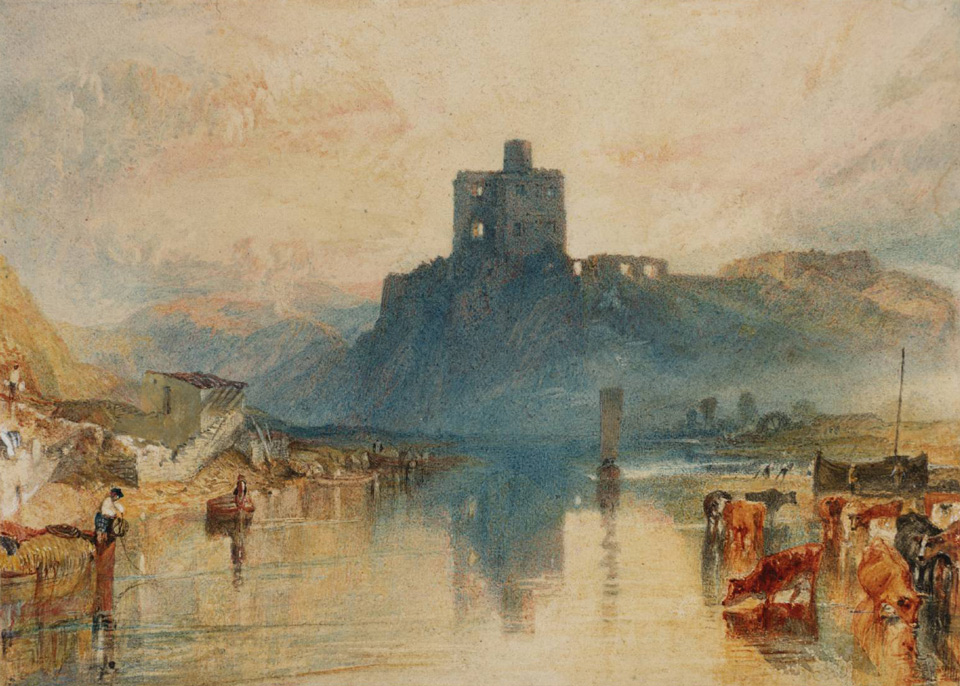 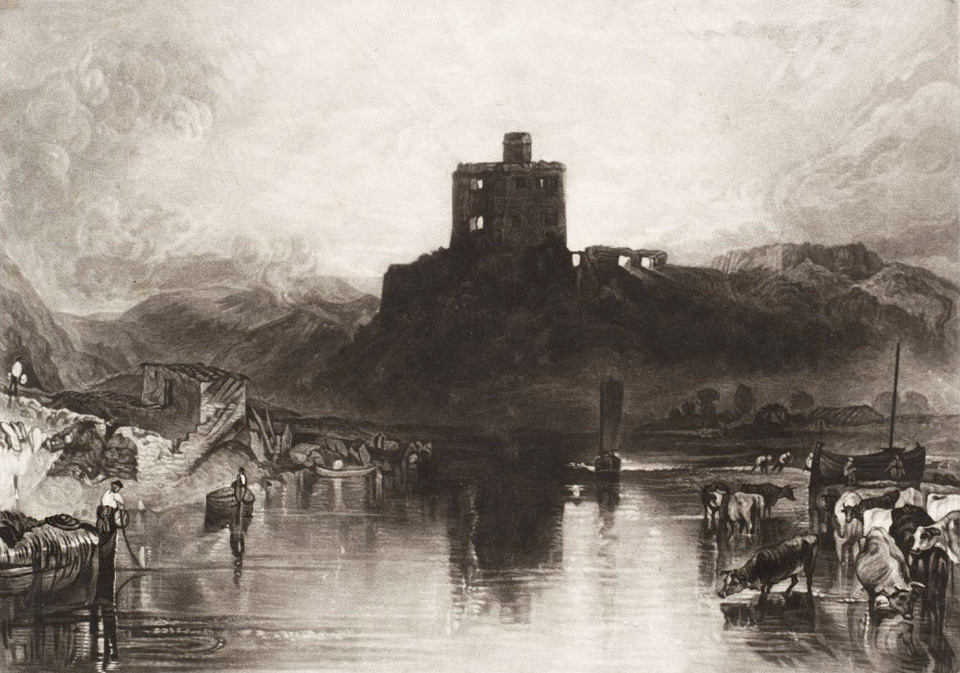 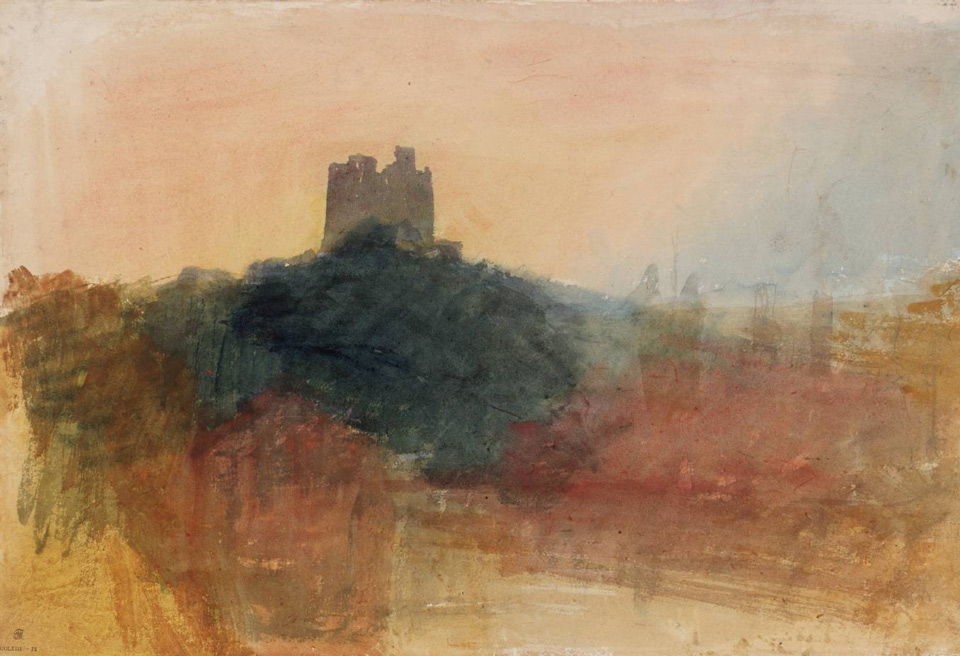 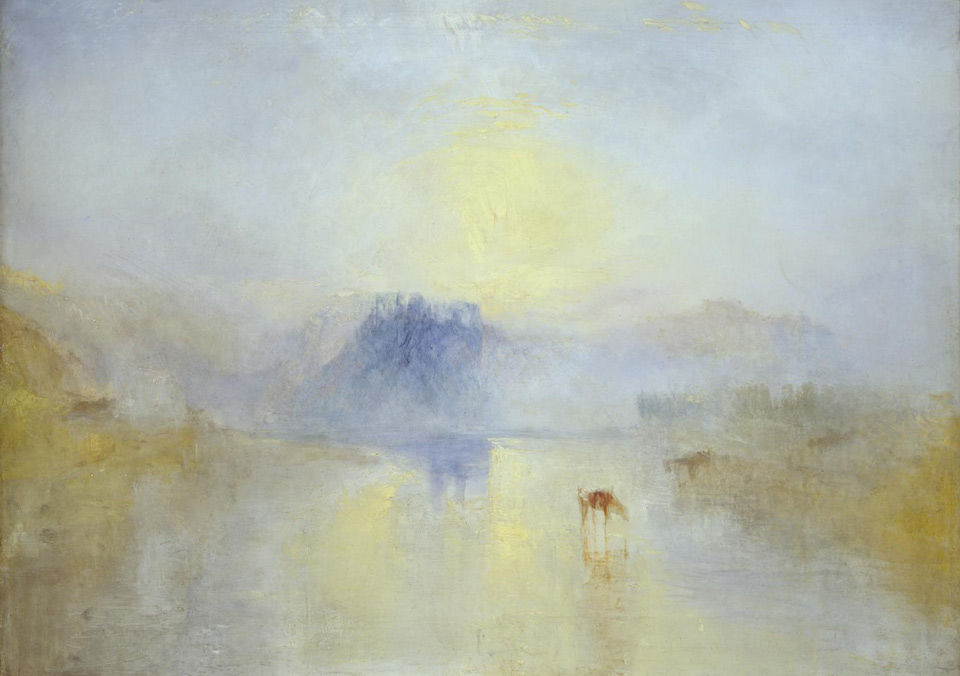 In addition to his paintings, Turner issued a number of series of printed pictures, many of them of castles, for general publication: