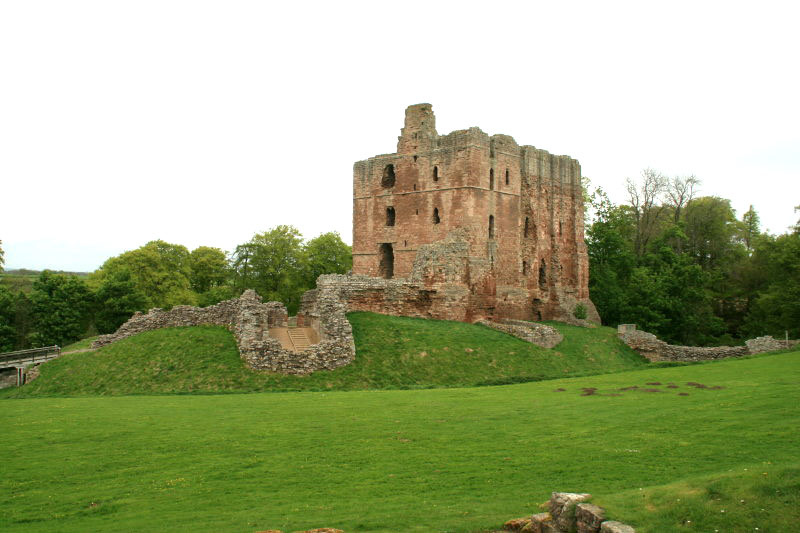 The 1121 timber motte & bailey castle overlooking the banks of the River Tweed was destroyed in 1138 and then replaced in stone in 1174. It was attacked and beseiged numerous times over the 13th to 15th centuries eventually being almost destroyed by the Scots in 1513 leaving only the keep and one wall standing. It was rebuilt in 1530 but was then allowed to fall into ruin in the 17th century.