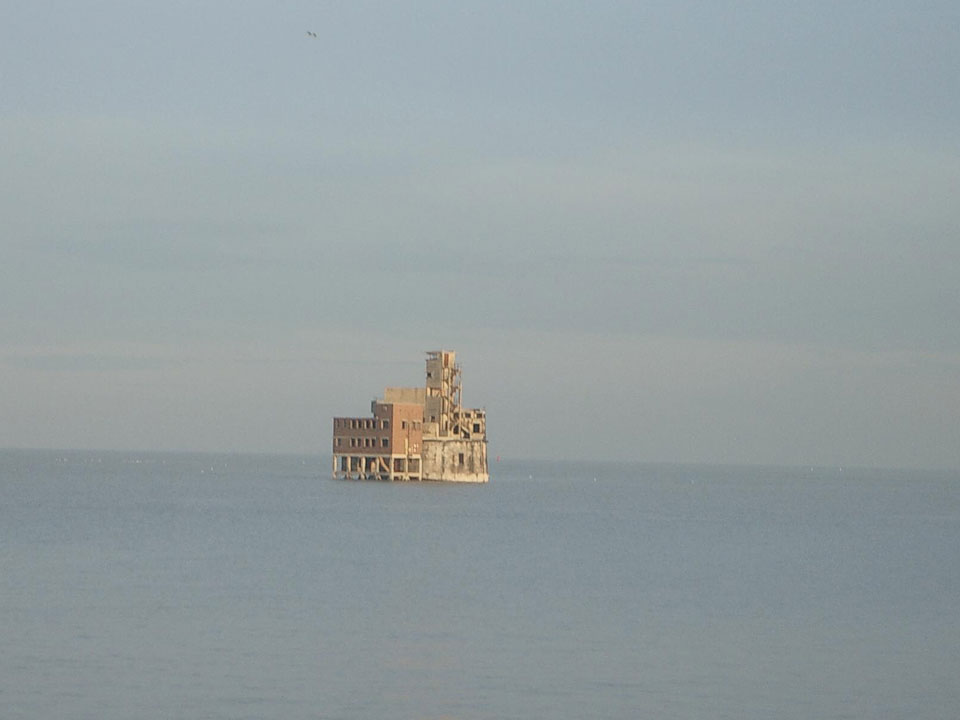 It is sited in the middle of the Medway estuary on Grain Spit, a sandbank that is exposed at low tide, which is between Grain Fort on the Isle of Grain and Garrison Point Fort on the Isle of Sheppey.It was built in 1866 as part of the Chatham Defences to a design similar to that used for the Martello Towers some years earlier being almost circular in shape and with the gun platform on the roof. A chain linked the tower to Sheerness to stop vessels entering the Medway. It was modified in 1910 when the accomodation block was added in brick to the west side. It is now abandoned.