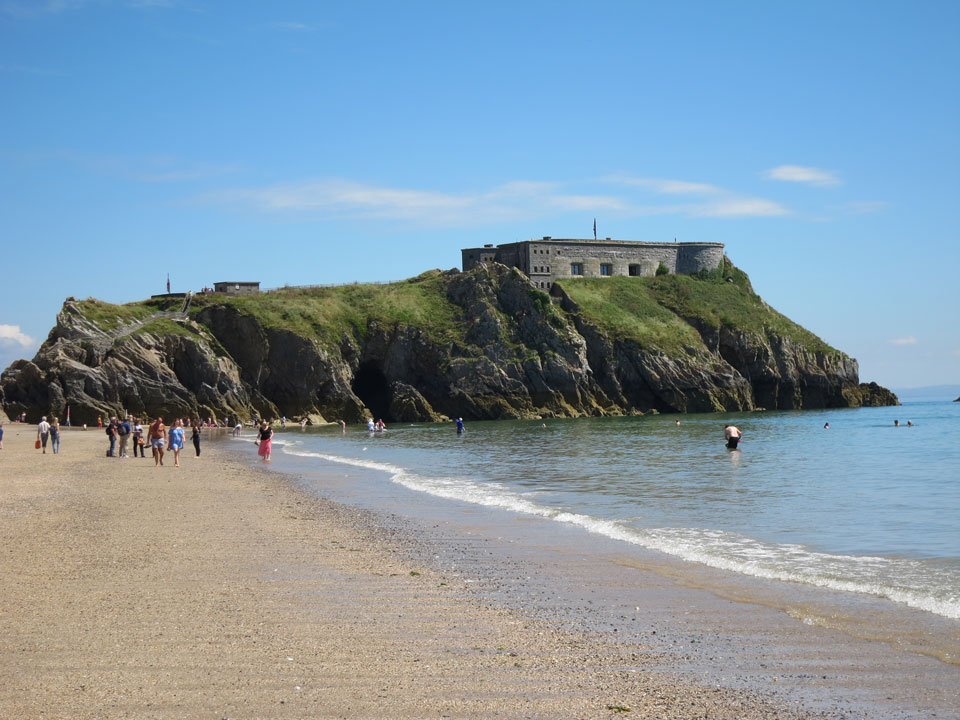 St Catherine's Fort was built in 1869 as one of the Palmerston defences for Pembroke. It is on a rocky outcrop, St Catherine's Island, in the middle of the beach below Tenby Castle and is cut off at high tide. The fort never took part in any military action and in 1907 the fort was decommissioned and sold off. It was converted it into a private house but during Second World War it was compulsory purchased for use as an anti-aircraft battery although after the war the fort was again decommissioned and sold. In 2017 it was open at low tide in the summer to visitors.