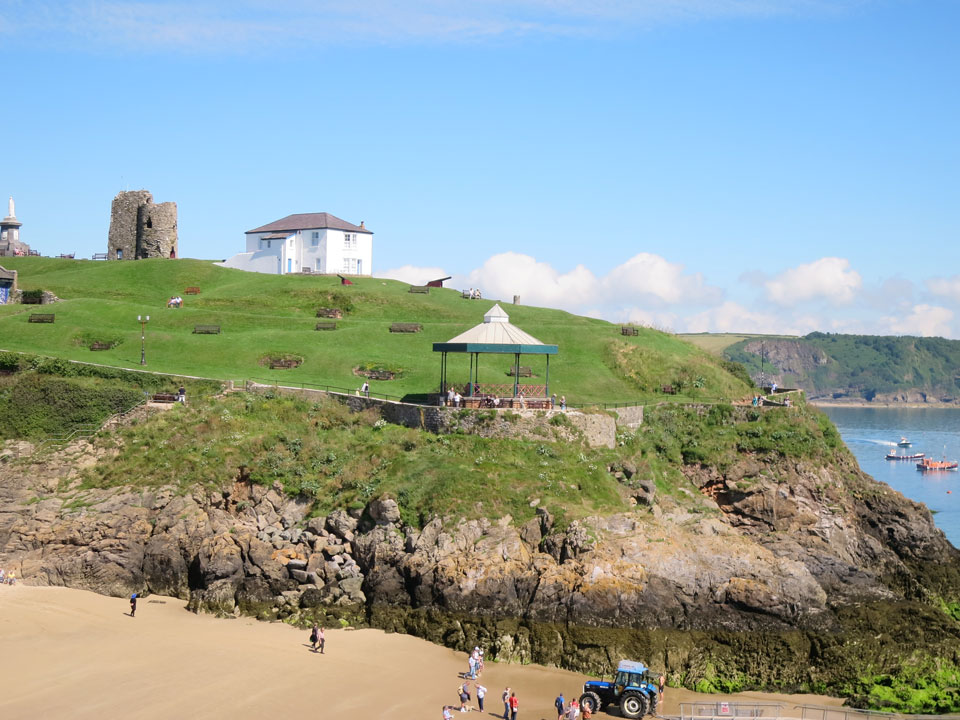 The castle on the cliff above the sea dates from the early 12th century and consisted of a stone tower protected by a curtain wall. The walls had a gateway and several small towers on the landward side. It was attacked and captured in 1153 by the Welsh. The castle was badly damaged during a seige in the Civil War. The castle overlooks St Catherine's Fort.

Over the years the town walls took over as the main defence of Tenby. Much of these 13th century walls still survive and they are the most complete in Wales. The round gateway, the Five Arches Gate, was one of four original entrances to the town.