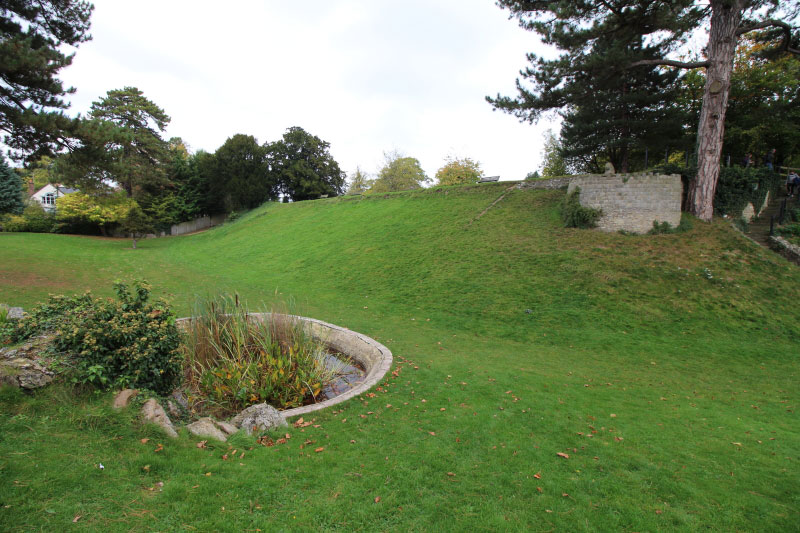 It was built between 1067 and 1071 by a ford over the River Thames. It was strengthened in the 12th Century before the wars between King Stephen and Queen Matilda when it was beseiged at least 3 times. King John added further to the castle with a great tower although nothing of this now remains, and in the 13th century it was extended with two further walls and ditches. It fell into decline in the 16th century, but in the 17th century it was strengthened again for supporters of Charles I during the Civil war. It was the last English stronghold to surrender during the war in 1646 and Cromwell ordered it to be destroyed in 1652. A large gothic house was built on the site in 1837 but demolished in 1972.

The castle grounds are open to the public and part of the town ramparts are also visible.