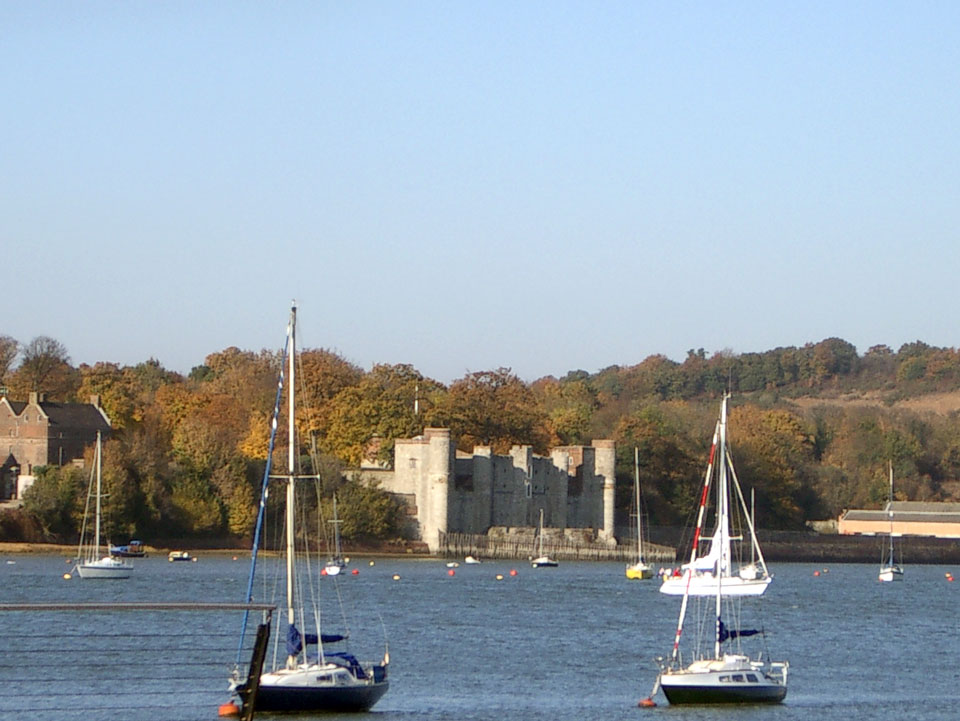 A gun fort built between 1559 and 1567 to protect the naval harbour at Chatham and the fleet that was stored at Rochester. The fortifications were 30 cannon and a chain that could be raised to block the river Medway. It was extended in 1600 when the gatehouse at the rear and the defensive ditch were added, and the north and south towers were increased in height. A wooden pallisade was built in front of the gun platform. After the failure of the Chatham defences during a Dutch raid in 1667 the castle was converted into an ammunition store, the defensive role being taken up by two new forts, Gillingham and Cockham Wood, which were built in the 1670's along with a fort at Garrison Point in 1667. Upnor Castle ceased to be used after the Second World War.