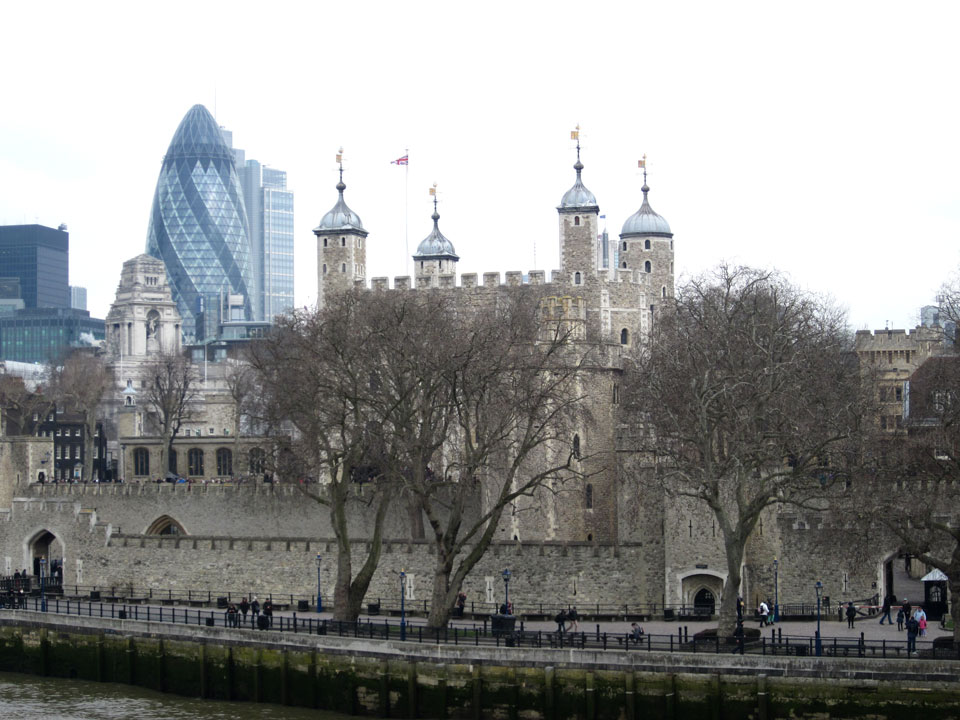 The 90 feet high White Tower was built in 1078 on the site of the early 1066 fortifications. The castle was enlarged in the 13th century with an inner wall with 13 towers and outer wall with six towers. Three sides were surrounded by a moat, with the River Thames protecting the southern wall. It was used as a Royal palace until 1700 and now houses the Crown Jewels.