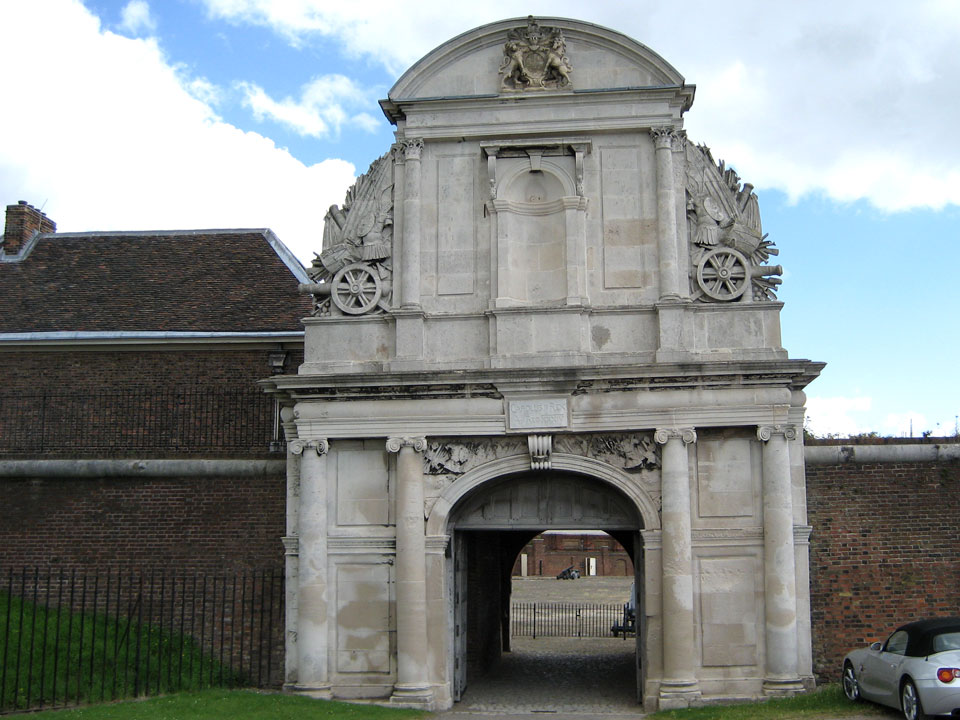 The largest of the defences built to protect London. It was constructed as a powerful low level gun battery in 1539 along with four others. One was at East Tilbury, and the other three forts, Gravesend, Higham and Milton, were on the opposite side of the River Thames. It was completely redeveloped between 1670 and 1682 using a new bastioned design by Sir Bernard de Gomme which was to be used a design for 18th and 19th century forts. Tilbury Fort was surrounded by the river as well as two moats with outworks in between and the four bastions allowed total visibility of the outside of the walls from within the fort.

The original tower was kept as an armoury until the 19th century when the defences were strengthened again and it ws replaced by new gun batteries overlooking the River Thames as part of Lord Palmerston's fortifications. At the beginning of the 19th cenury the fort was armed with 161 guns, although many were not usable. By 1872 these had all been replaced by seven 9 inch and one 11 inch RML guns. Later two 6 inch BLs and four QF guns were added. However it was superseded as the main London defence by the newly refurbished Coalhouse Fort and Shornmead Fort. It was still used during both World Wars. 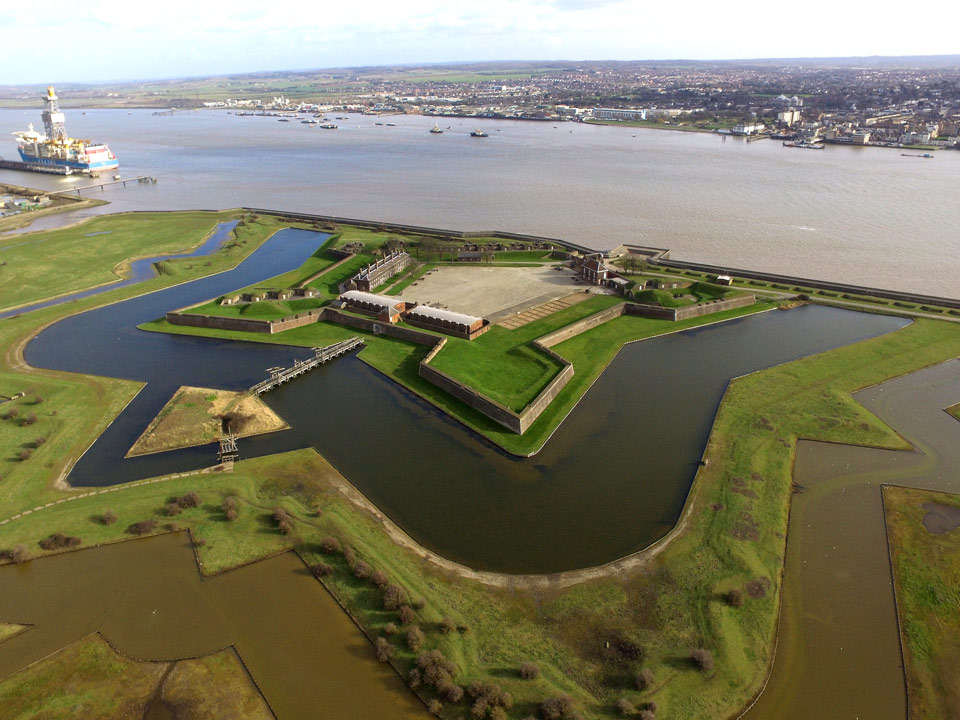 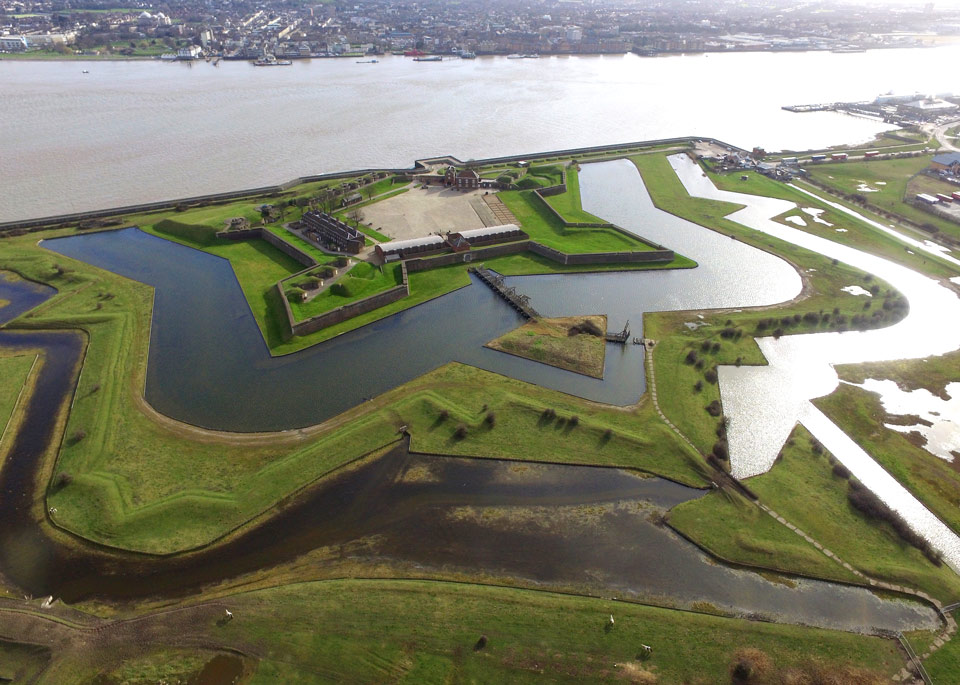