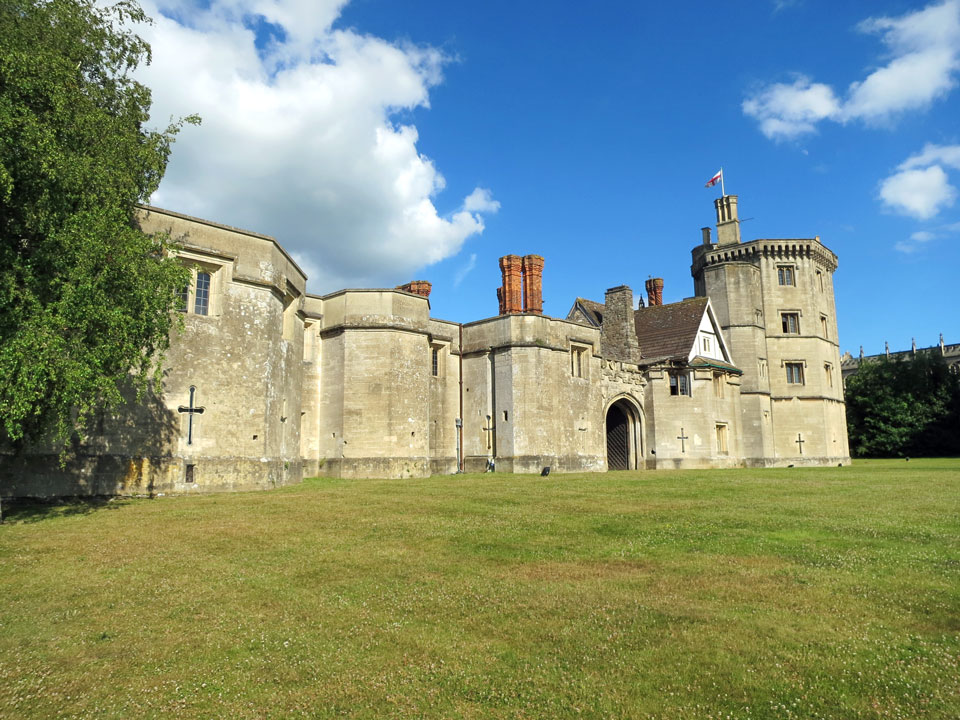 This is last fortified manor house to be built in England. Construction stared in 1511, but it was never completed as the Duke of Buckingham was executed in 1521. It was abandoned until the beginning of the 18th century when it was renovated and it has been lived in since then. The main building is on 3 sides of the inner court, the east wing being missing, and is approached from the west via the outer court. The whole site is surrounded by a curtain wall, intact on 3 sides. The front consists of 4 octagonal towers, only one of which is the full 4 storeys high. The others, including the central ones that form the main gatehouse, are still 2 storeys high as they have never been finished.

Thornbury Castle is now a hotel and wedding venue.