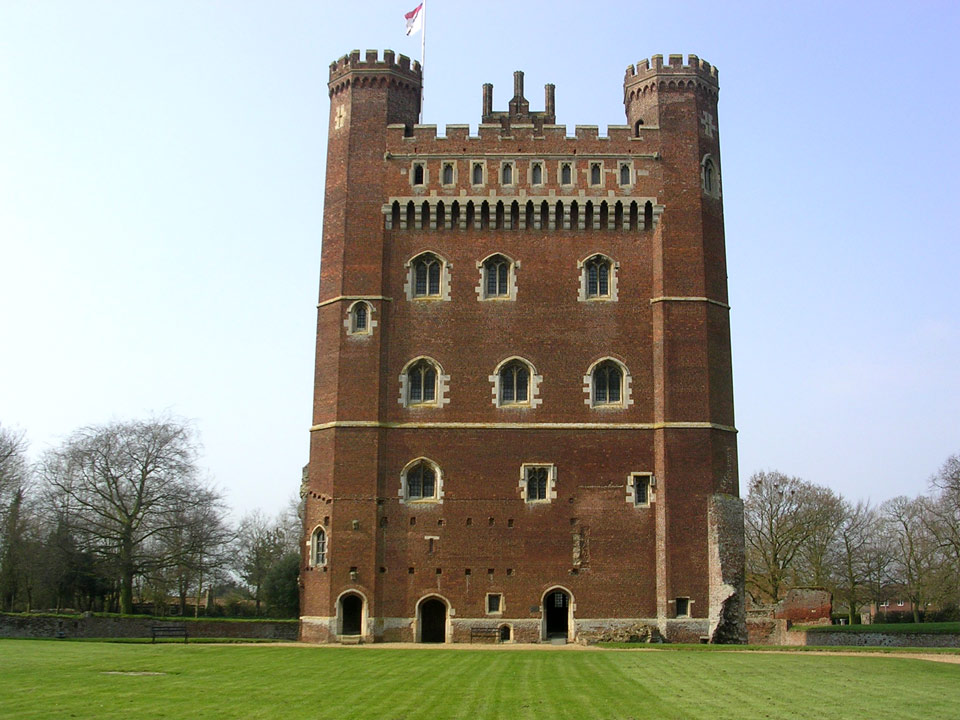 A very impressive five storey one hundred foot brick tower which was built between 1433 and 43 on the site of the original castle built in 1231. The original curtain wall was kept as the outer defence, with a new moat, but little now remains of these. It was abandoned in the 18th century but was restored a hundred years ago.