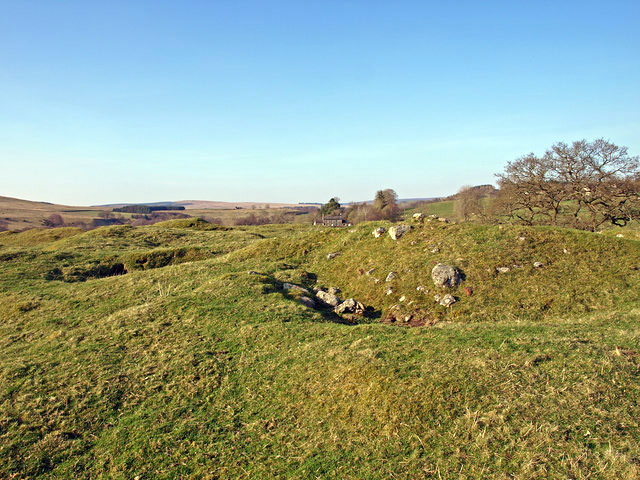 Little remains of the fortified house, built near the North Tyne with a licence to crenellate in 1267, which originally had four turrets. There was a 60 feet wide ditch on the east and south sides and earth banks on the other 2 sides. It was destroyed early in the 16th Century and used as a source of supply for building materials.