The motte and a small amount of stonework can be seen. The castle probably dates from the late 11th century and was badly damaged by the Welsh in 1215. After repairs it was in use until the Civil War when it was beseiged and captured in 1645. It was then dismantled by Parliamentary forces. 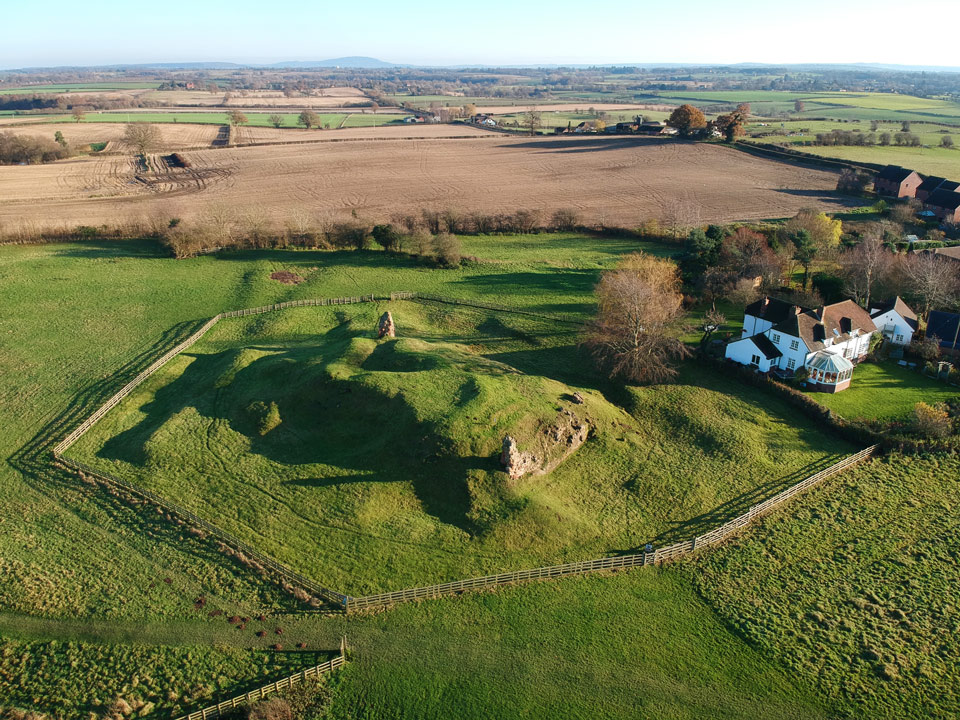