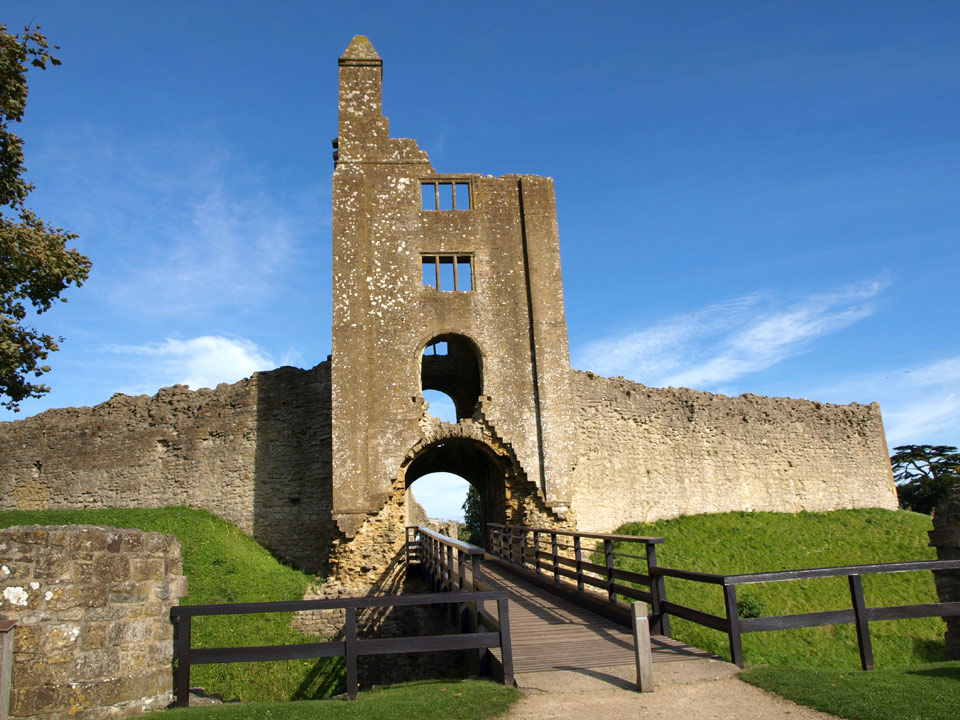 Built in the early 12th century with a tower in each corner and a mid 12th century tower keep it was used as a palace by the Bishop of Salisbury. It fell into decay and was largely demolished after a long siege during the Civil War. A new mansion (castle) was erected close by by Sir Walter Raleigh who had been given the Sherborne estates and castle in the 16th century. It was extended in the early 17th century and has remained in the ownership of the same family ever since.