The Spithead forts were built in the Solent in the 1860's to protect Portsmouth from bombardment from the sea, at the same time as the Gosport and Portsdown land forts were built. Horse Sands, No Mans Land and St Helens Forts were built 1865-80, and Spitbank was started two years later. Ryde Fort was abandoned shortly after construction started becouse of unstable foundations.

Horse Sands and No Mans Land are identical at 200 feet in diameter and fully armour plated. The other 2 are slightly smaller at 150 feet in diameter with iron plating on the front only. The forts had complements of 30 men. They cost two to three times as much to build as the land forts, due to the difficulties involved in constructing foundations 20 to 30 feet under water on sand banks.

Spitbank, Horse Sands and No Mans Land Forts have all been converted into luxury hotels. 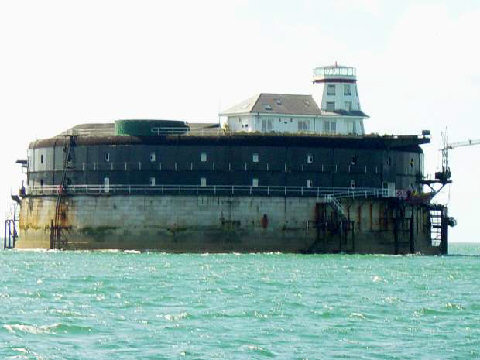 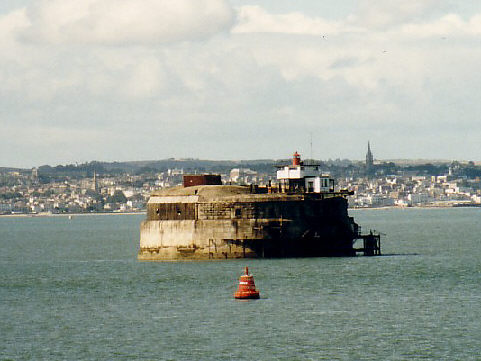 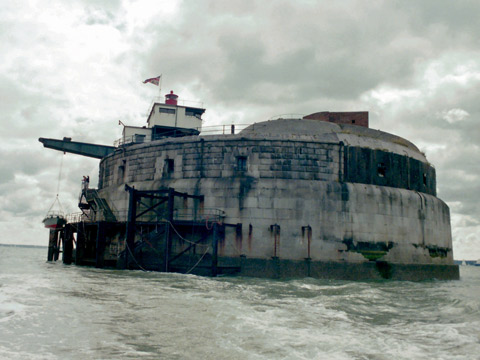 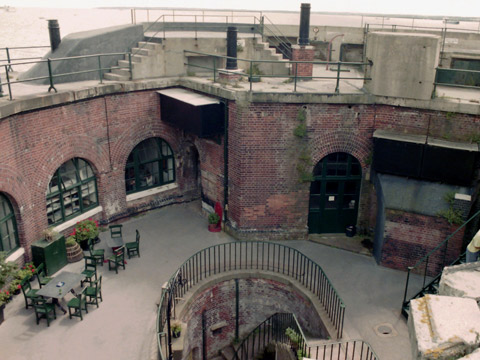 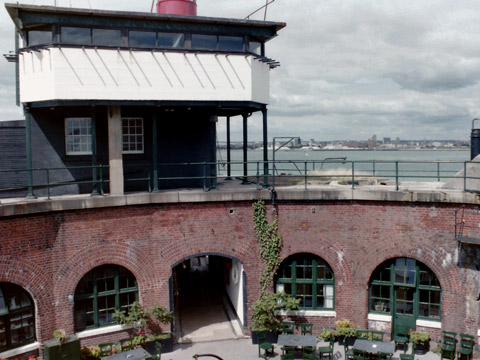 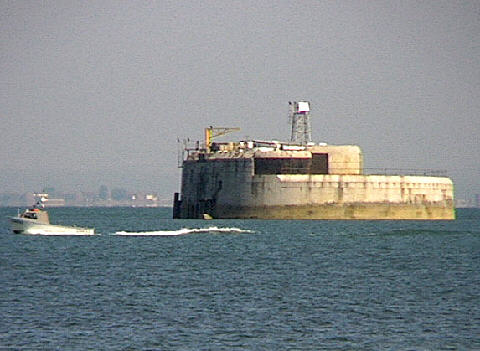 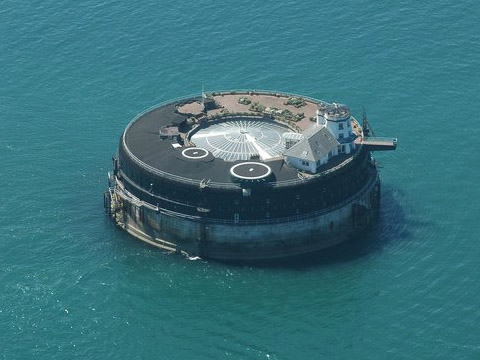 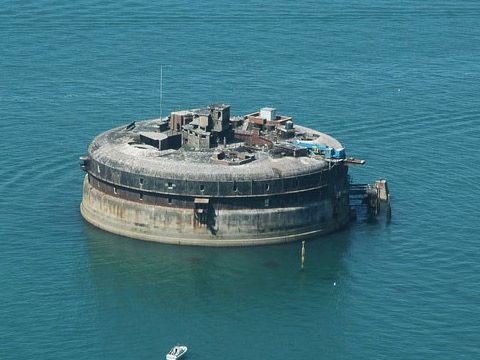 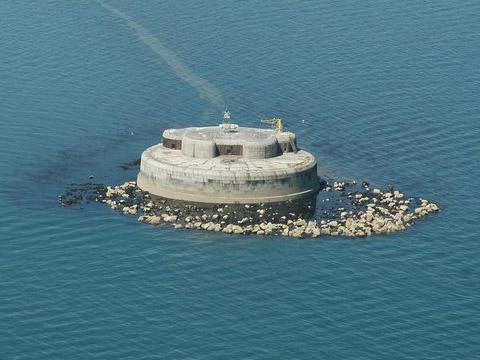