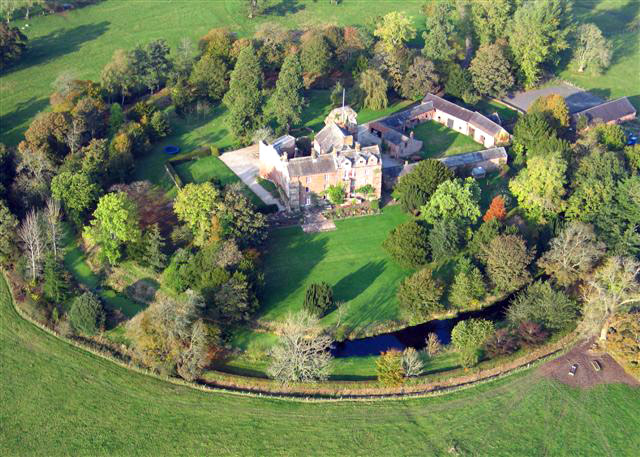 A 13th century pele-tower extended into a fortified house, with towers and a 14th century gatehouse and surrounded by a circular moat. It was badly damaged during two sieges by Parliament forces in the Civil War in 1644-45, and was in ruins in the 18th century. In the early 19th century the southern residential area was restored.