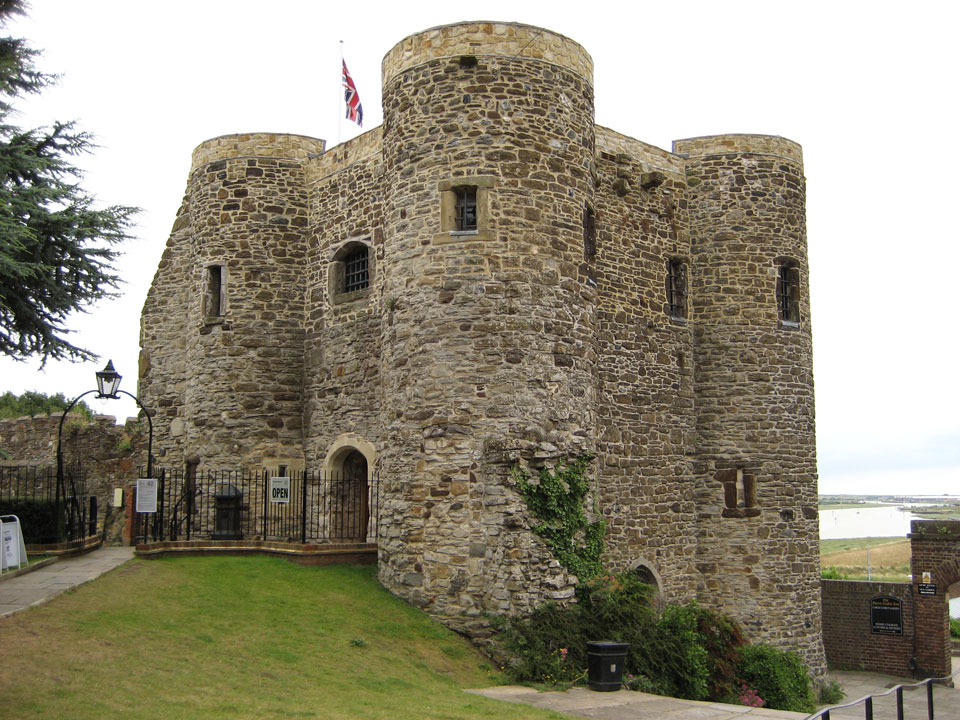 Rye & Winchelsea are both fortified towns dating from the 13th century and only two miles apart. They were both important fishing towns and centres of ship building.

The Ypres Tower in Rye is the earliest remaining fortification dating from 1249. Rye's defences were strengthened with stone walls and 4 gateways in the 14th century after the town was destroyed in 1377 but of these only the Tower and the Landgate still stand. The tower, originally known as Baddings Tower, was used from 1494 until 1891 as a prison but since 1954 it has housed the town's museum.There are no remains of the original Norman Castle.

The first town of Winchelsea was washed away by the sea in 1252 after which it was rebuilt on higher ground. Fortification began in 1283 with a town wall for protection, but now only the three gateways, Strand, Pipewell and New Gates, are still standing. Strand Gate dates from the early 14th century, Pipewell Gate was built in the 14th century but had to be rebuilt after being destroyed by the Spanish in 1380. New Gate ceased to be part of the defences in 1414 when the defended area was reduced in size.