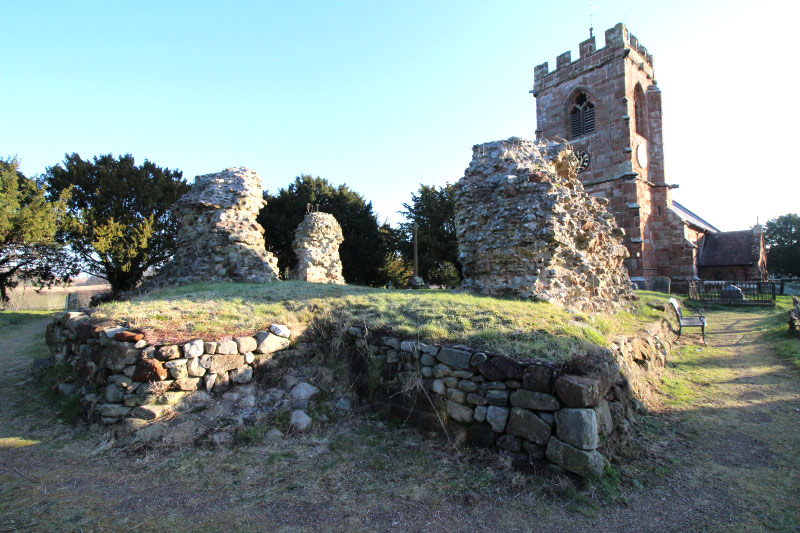 There are some ruins of a small stone keep in the churchyard at Ruyton-XI-Towns. The castle originated in the 12th century but was badly damaged in 1203 and 1212. Rebuilt in 1313, it survived only until the end of the century when it was abandoned and the stone used to build St John Baptist Church.