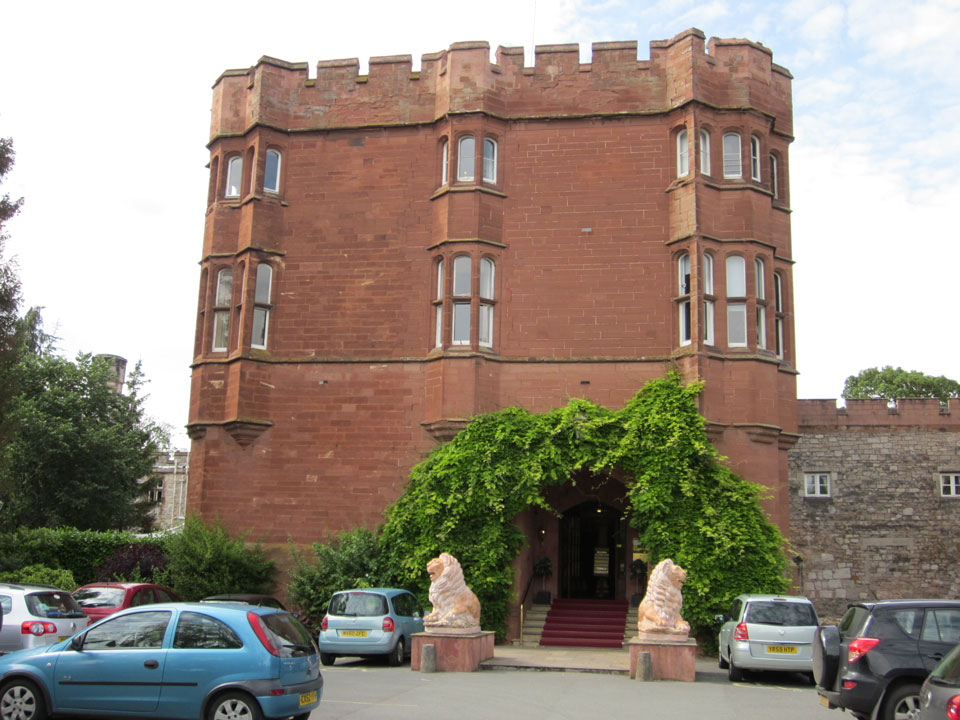 This Welsh castle was built in 1277 on the site of an earlier fort on a ridge overlooking the Vale of Clwyd. After a Welsh uprising in 1282 against King Edward 1, the castle was strengthened and a town wall added. The architect and builders then moved into North Wales to construct the ring of castles around the north and north-west coast. It was beseiged by the Welsh in 1400, but held out while the town was captured. Ruthin fell into disrepair in the 16th century but was repaired in 1642 prior to the Civil War and it was besieged by Parliament in 1646 before being captured after a long siege. In 1648 much of the defences were slighted on the order of Parliament to prevent its use again. A new modern castle was built in red sandstone in 1826 in the grounds of the old castle and this is now a hotel.