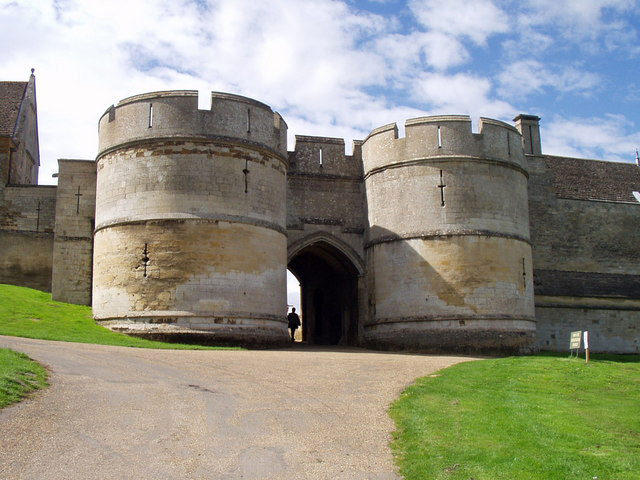 Rockingham Castle, © Brian Coleman and licensed for reuse under cc-by-sa/2.0

Once an 11th century motte castle and extended in the 12th century with a 100 feet diameter shell keep. Later enlargements included the twin towered gatehouse built in 1275 and it was used as a Royal palace until 1530. It was later converted into a predominantly Tudor manor house, damaged during the Civil War but later repaired.