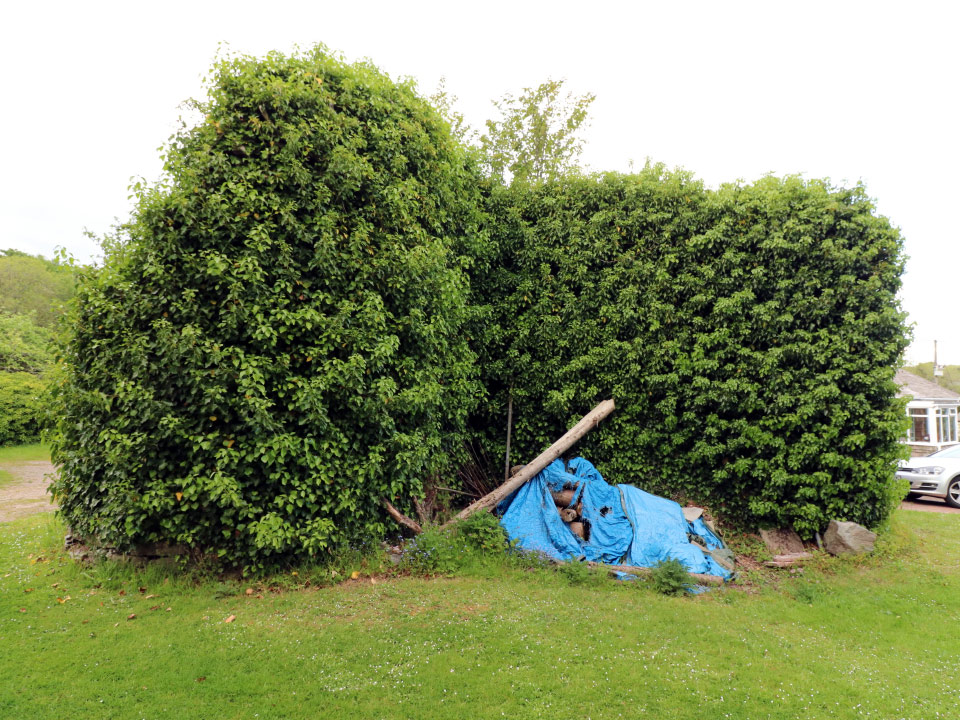 All that remains of Roche Castle today is a single stone tower with small stretches of walls projecting from it on two sides on a levelled platform 200 by 150 feet which was originally surrounded by a moat. The castle probably dates from the late 13th or early 14th century. It was in ruins by the 17th century when the stone was removed for nearby Broadway Mansion. Later building on the site has destroyed most of the foundations.