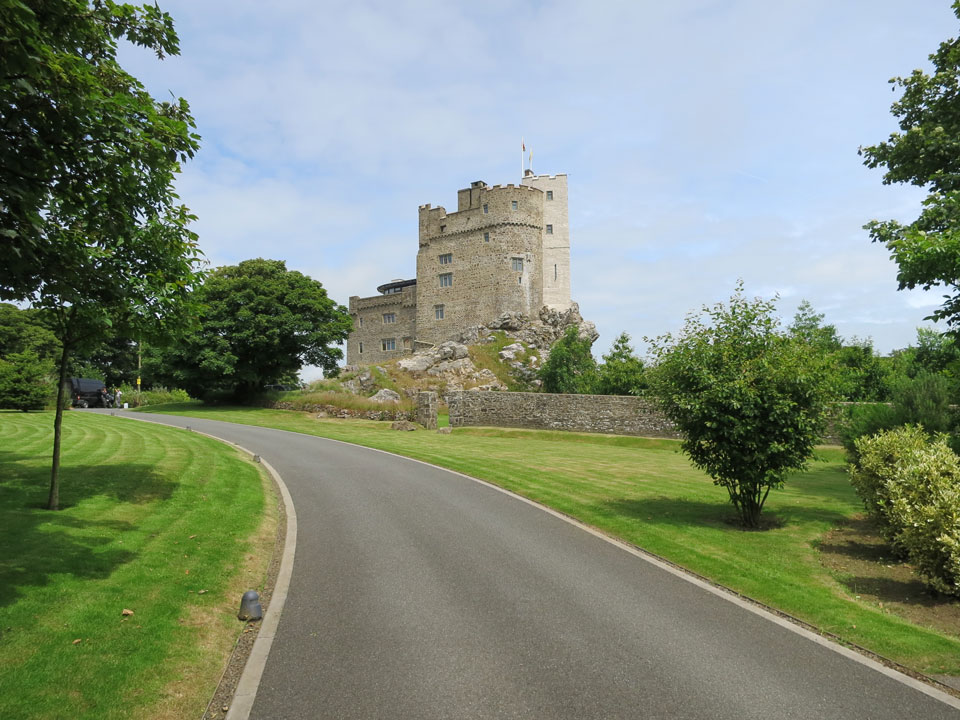 The tower was built on a slab of volcanic rock at the end of the 12th Century by the de la Roche family. It was redesigned in the 16th century with more windows and was twice beseiged during the Civil War. After falling into ruin it was brought back into use in 1900 and is now privately owned. It has been restored and is now a hotel.