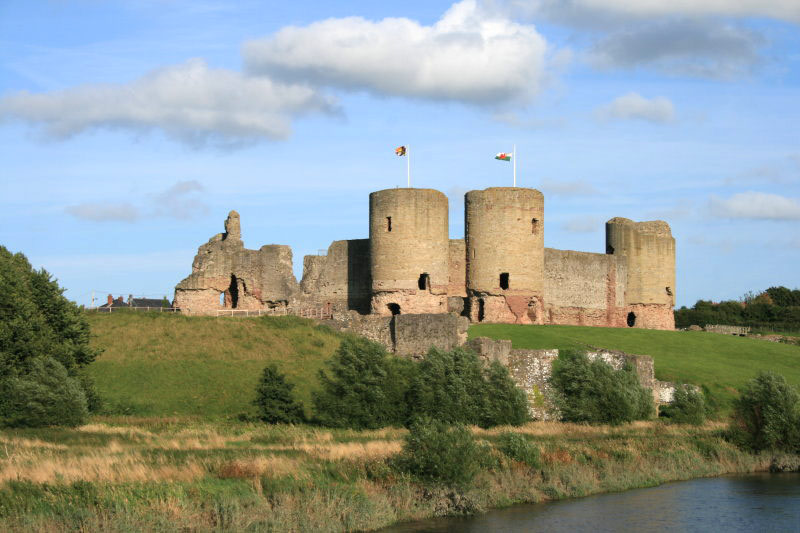 It was erected in 1277as part of the chain of North Wales fortresses and replaced an earlier motte & bailey castle - Twthill Castle. It was a powerful structure of concentric design, with two twin towered gatehouses, one of which remains. The outer walls were protected by a moat as well as by a channel dug to the sea (which has since retreated) to allow the castle to be reached by boat. In 1648 it was slighted after the Civil War, the outer walls being lowered and the inner wall being breached. 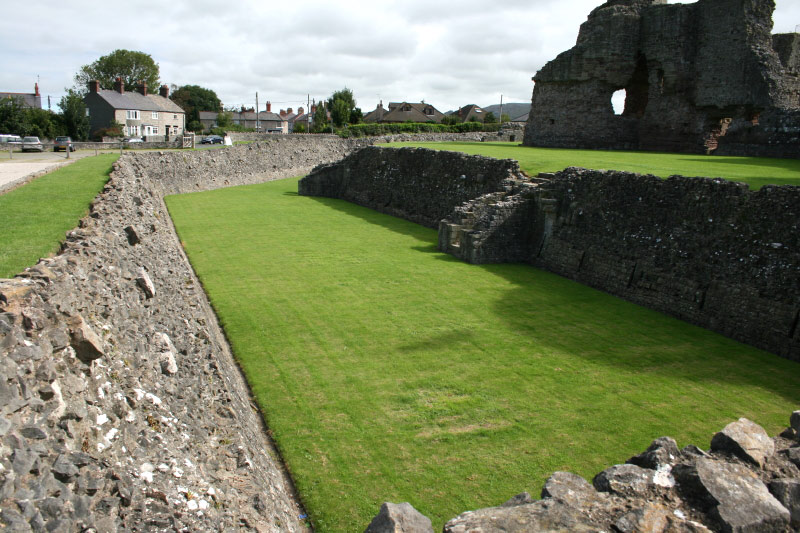