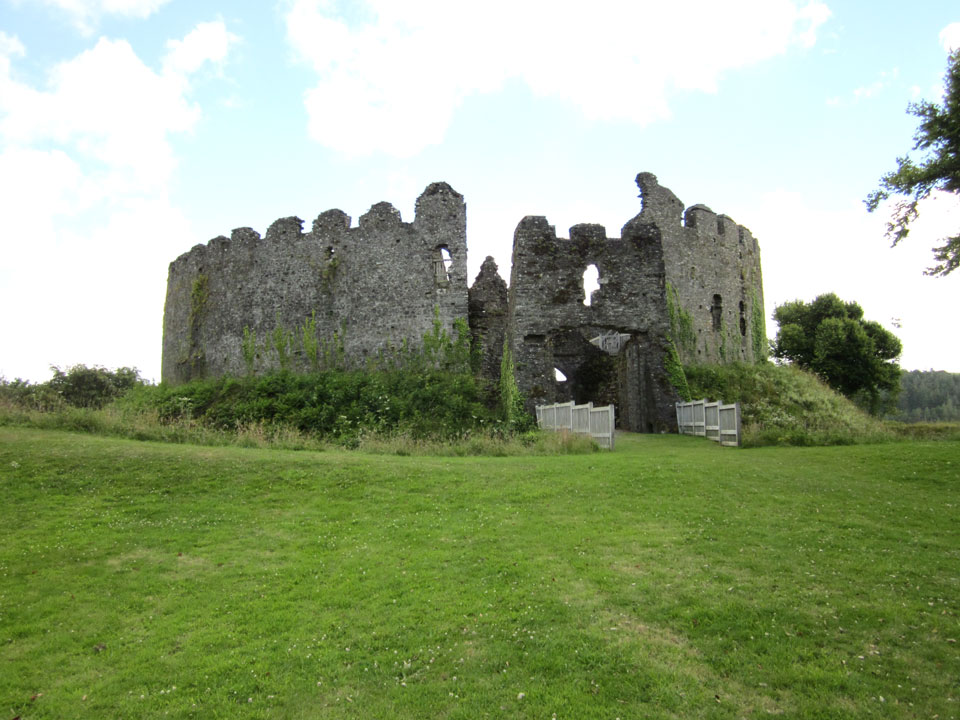 Initally a wooden motte & bailey built in 1100, it was then rebuilt with stone walls at the end of the 12th century. It has a large shell keep, 125 feet in diameter, with the remains of buildings inside. It was in a state of ruin by the 16th century, but it was used for the last time during the Civil War.