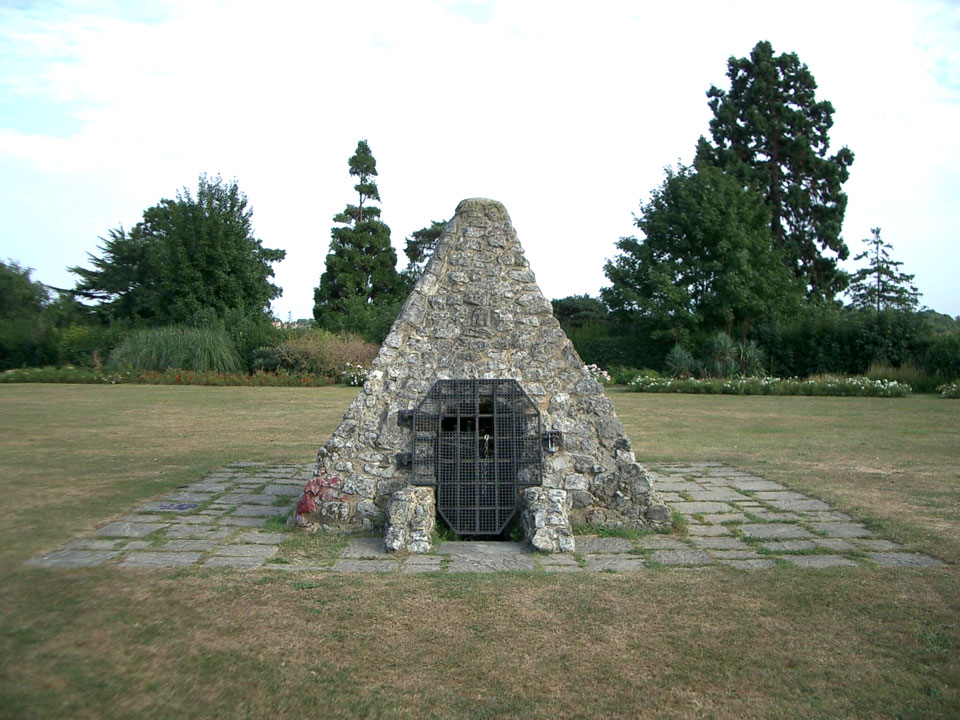 There are extensive earthworks from a late 11th century castle which originally consisted of a motte with timber defences and a dry moat. In the 12th or 13th century, the timber structures were replaced with stone defences with an outer bailey and a wet moat. It was in use until the Civil War, after which the decaying defences were removed. The visible stonework, a gatehouse, is an 18th century folly. The stone pyramid is the top entrance to the "Barons' Cave", the original castle cellars which are still intact and accessible and are open to the public on certain days each year. For more details see Barons' Cave.