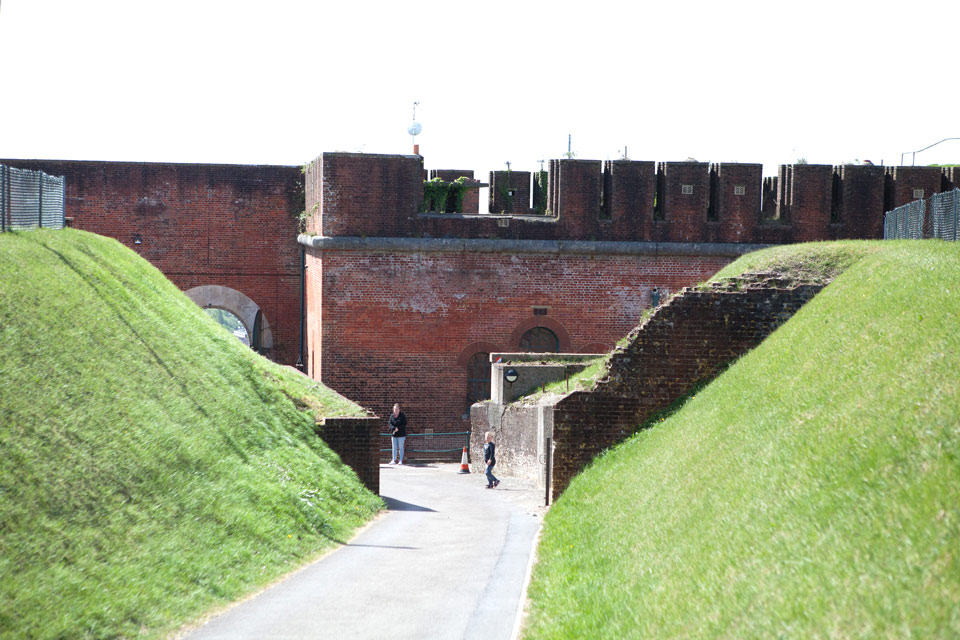 It was built between 1862 & 1876, and occupies the east end of the defensive line on Portsdown Hill. It is 2,400 yards east of Fort Widley and is a seven sided design with emplacements for 78 guns. In 1893 it was armed with seven 7-inch RBL, one 4-inch BL, seven 64-pounder RMLs, four 40-pounder RBLs, four 8-inch RML Howitzers and five 32-pounder SBBLs. Because of its position on the flank of the hill it was constructed to protect the north-eastern approaches. However it was considered vunerable to the northeast and east which led to the construction of two outposts to the fort, Crookhorn and Farlington Redoubts. Fort Purbrook was disarmed in 1907 and then bought by Portsmouth City Council in 196. It is in a good state of conservation, and is now leased as an Activity Centre.

Crookhorn Redoubt was designed as an additional fortification to protect the northeast approach to Fort Purbrook It was started in 1862 but never finished and had been demolished by 1876.

Farlington Redoubt supported the eastern side of Fort Purbrook looking over Bedhampton. It had an armament of five 64-pounder RML, 71 cwt guns, two 64-pounder RMLs 58cwt guns and a 4 inch BL gun. There was a connecting tunnel from Fort Purbrook to where the gunners lived. The Redoubt was disarmed in 1907. It survived until after World War 2 but it was demolished in the 1970s.