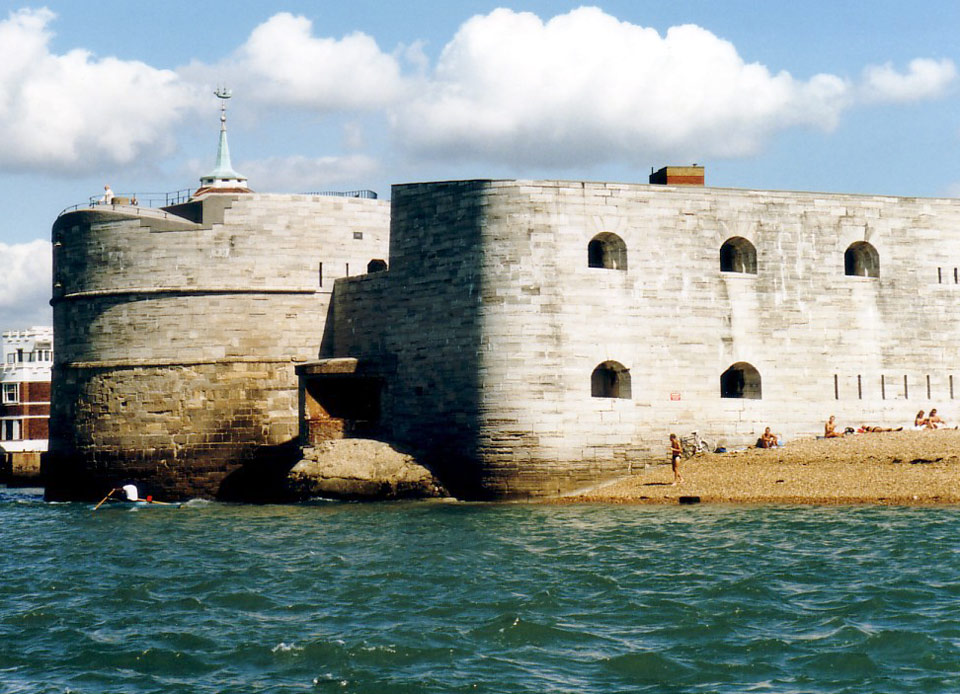 The Round Tower was built between 1418 and 1426, overlooking the entrance to Portsmouth harbour. The Square Tower adjoining was erected in 1494 and built up in the mid 19th century. Long Curtain and Kings Bastion defences were added in the 17th century but only a part, close by the shore, remains as the rest has been built over.

The Round Tower is open all year.