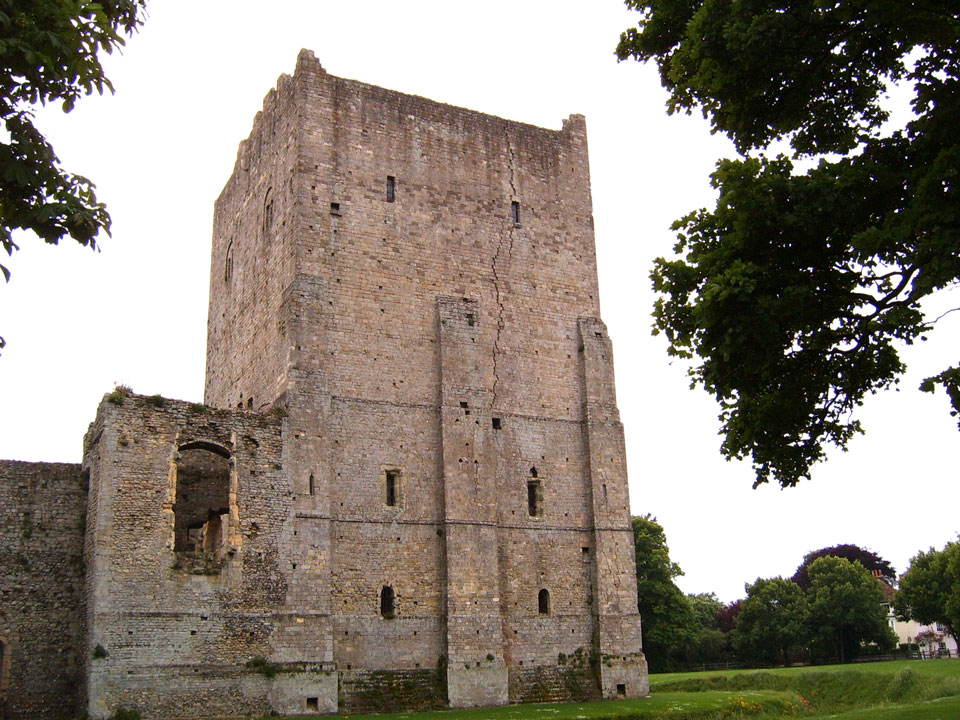 The late 3rd century walls of this Roman Saxon Shore fort (Portus Adurni)are still standing to their original height overlooking Portsmouth Harbour. The 9 acre site is square with each wall being 600 feet in length with the keep and bailey walls, protected by a moat, in the north west corner. The impressive keep was added in 1120, the height being raised by two storeys to ninety feet high later in the 12th century when the Royal Palace buildings were also constructed. At the end of the 14th century these were rebuilt and these are the visible remains. It was used as a prison from the 13th century until the end of the 18th century.

A priory was built in one corner in 1133 and a church still stands inside the walls. 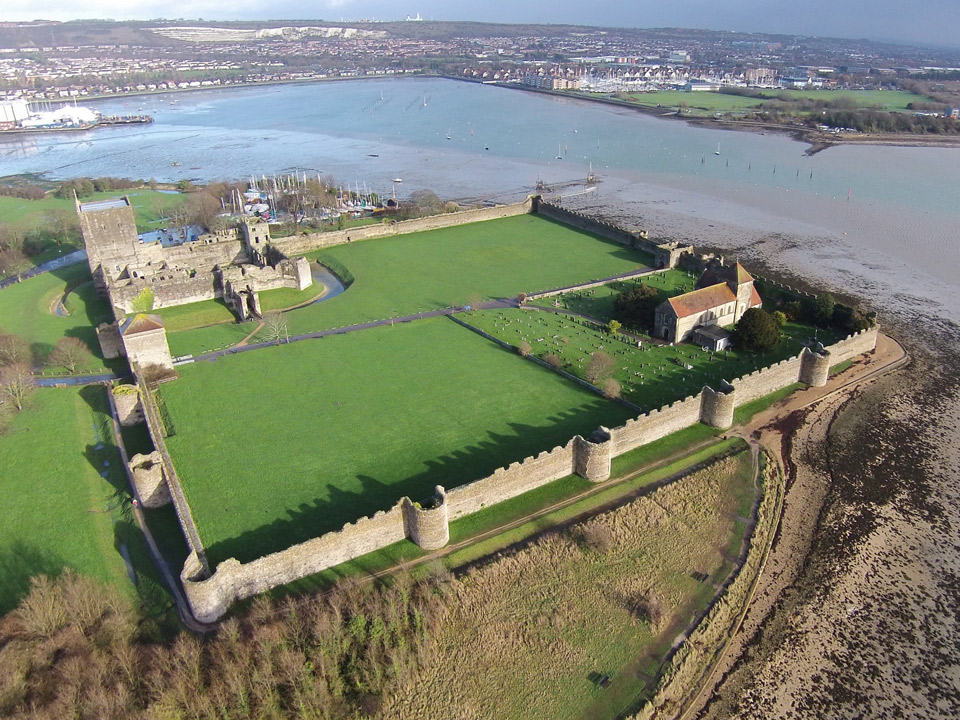 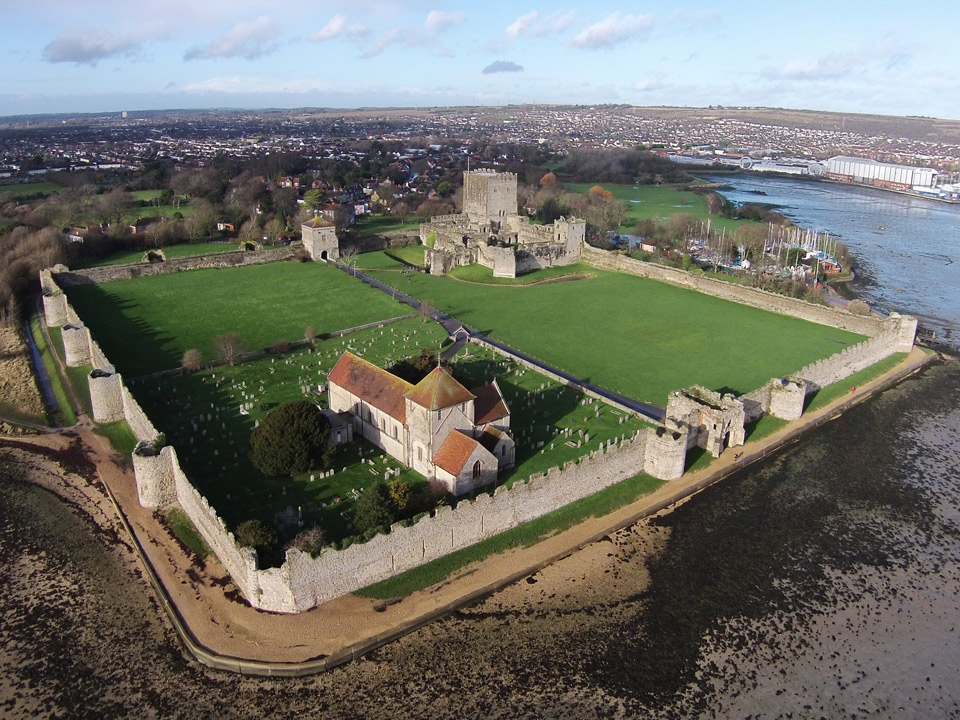 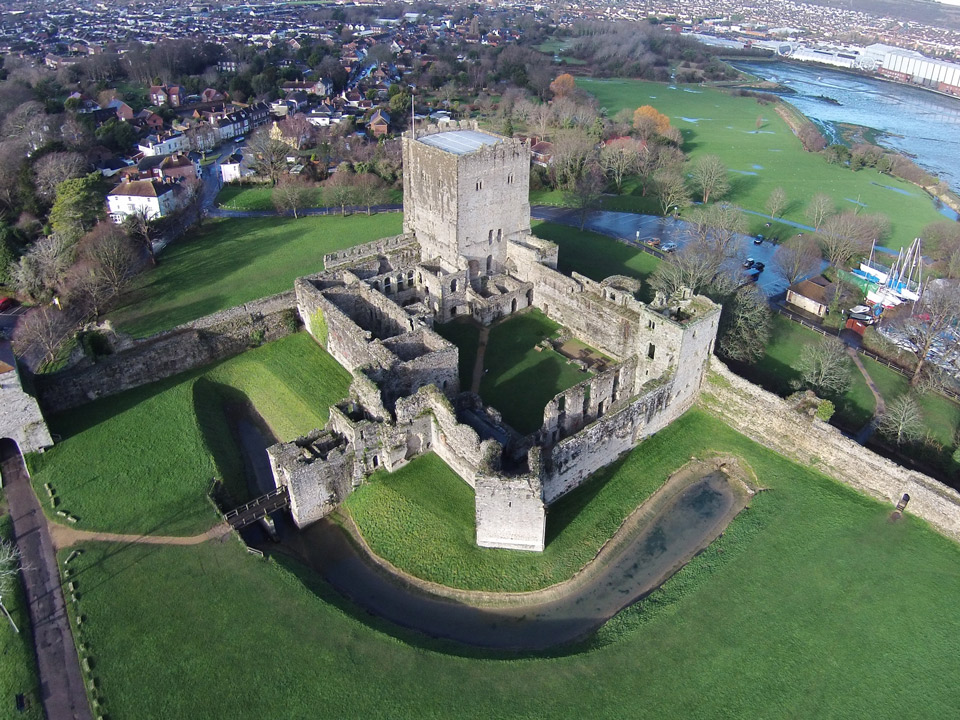