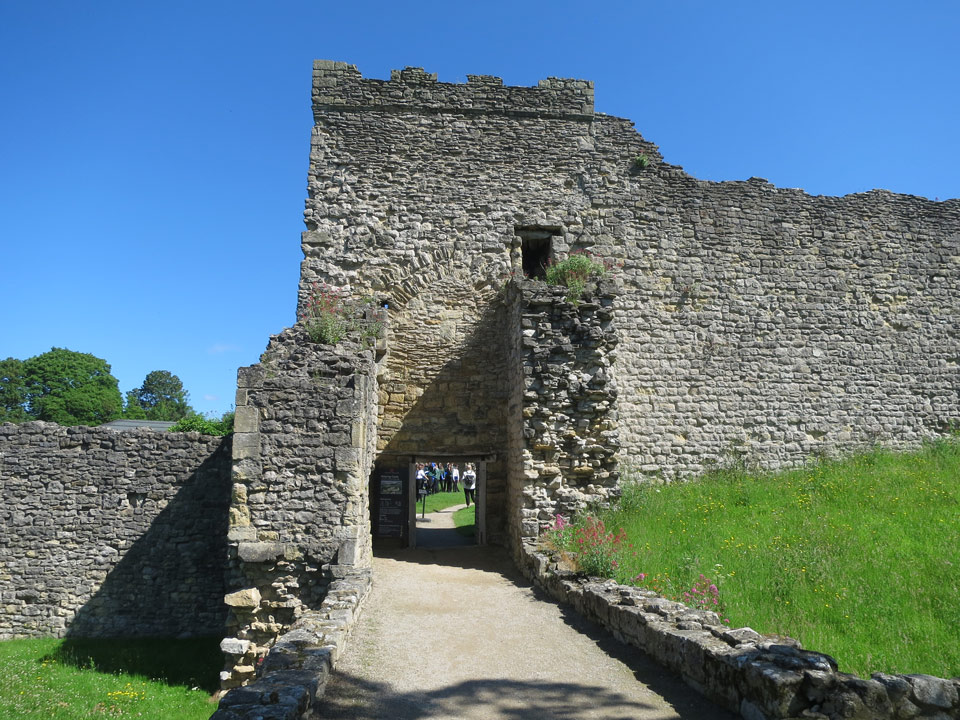 The first defence was a motte and bailey erected in 1069 - 1070 on a hill overlooking the river. In the middle of the 12th century a stone wall was built on the north side of the motte and this was extended to the south side with three towers and a gatehouse in around 1323. The shell keep dates from the early 13th century. The castle fell into disrepair in the 16th century and took no part in the Civil War.