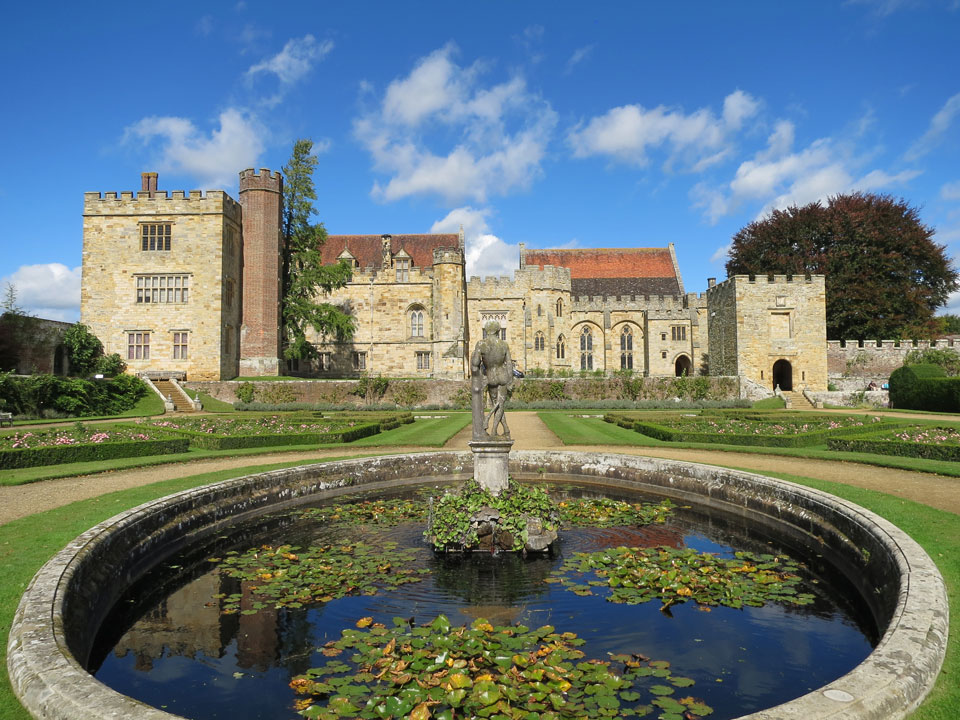 The first building was the hall block which was completed in 1341 and the great Baron's Hall remains still with its original timber roof. Eight towers, a large one in each corner and four smaller ones in between were added when a licence to crenellate was granted in 1393. Parts of the north west and south west corner towers remain along with the south central tower and the north gatehouse. A second, larger hall was built in 1430 and the north and south west wings were added at the end of the 16th century. The front of the building was refaced in the 19th century.

The gardens were designed in the 16th century and still follow the same Elizabethan layout. The house and gardens are open April - October.