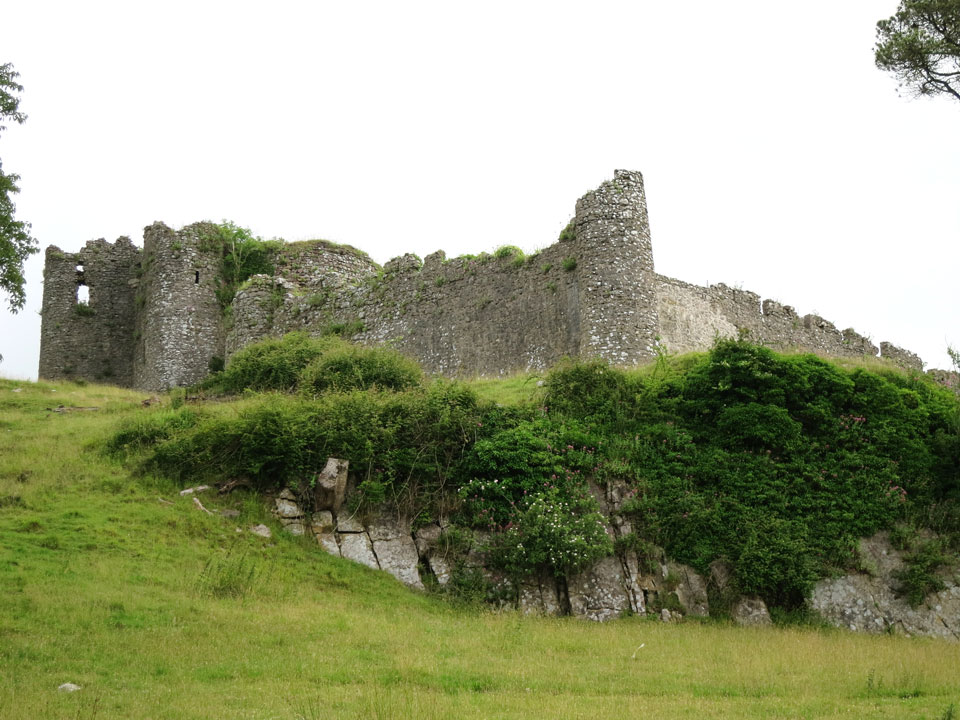 The overgrown earthworks of the first castle, Mounty Brough or Mounty Bank, lie by the church overlooking Oxwich Bay.

The second castle was started nearby in the mid 13th century with a large keep and gatehouse and is the largest castle in Gower. The tall curtain walls are still intact apart from a section by the gatehouse which was demolished during the Civil War, but the whole site is now in very poor condition. It was superseded by a new Penrice Castle, a large house, which was built next to the ruins in 1770. The gatehouse that can be seen at the entrance to the estate, known as the Towers, is a folly added in the 1790s.

Private, with no access but can be seen from a public footpath.