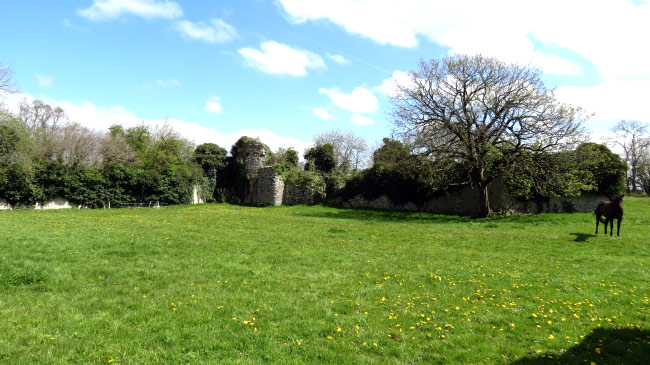 A 12th century timber castle, originally Pen Marc, that was strengthened in the 13th century with a stone curtain wall and tower. Part of the wall and tower still stand and there are signs of building inside the wall. The castle lies between the church and the steep drop down to the river which gave it extra protection. It was in ruins by the 17th century.