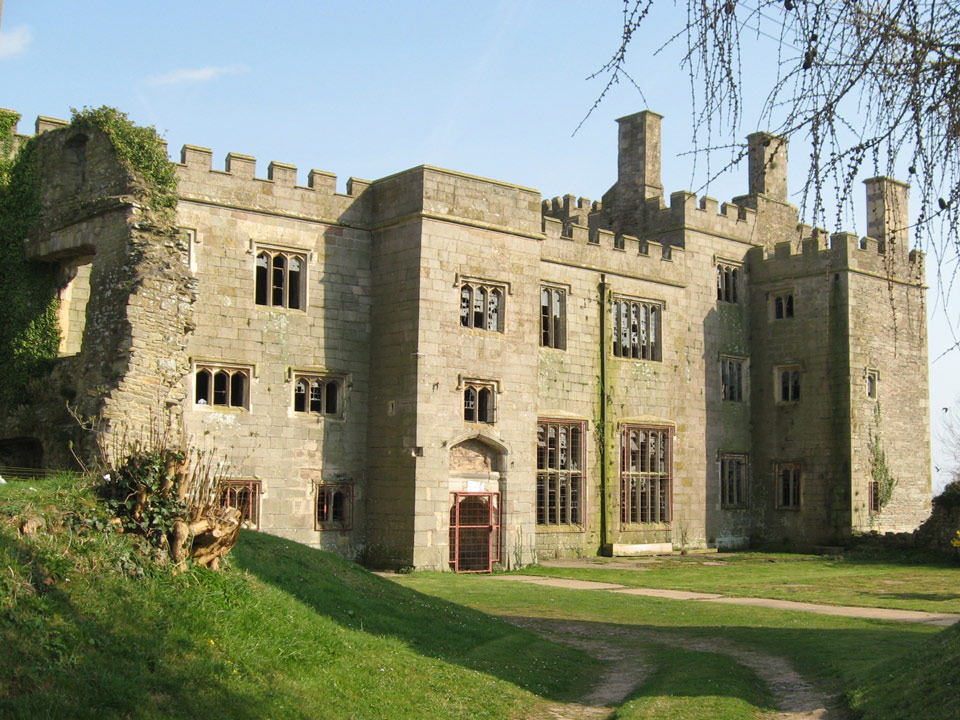 An early 16th century fortified Tudor manor house with a three storey gatehouse and the remains of a curtain wall. It was built on the site of a 13th century moated castle of which only the round tower in the corner of the courtyard remains. Restoration was started in 1914 on the east range by Lord Rhondda but after his death in 1918 the work was abandoned and the buildings are now derelict. A new house was built by the north wall in the 1920s.