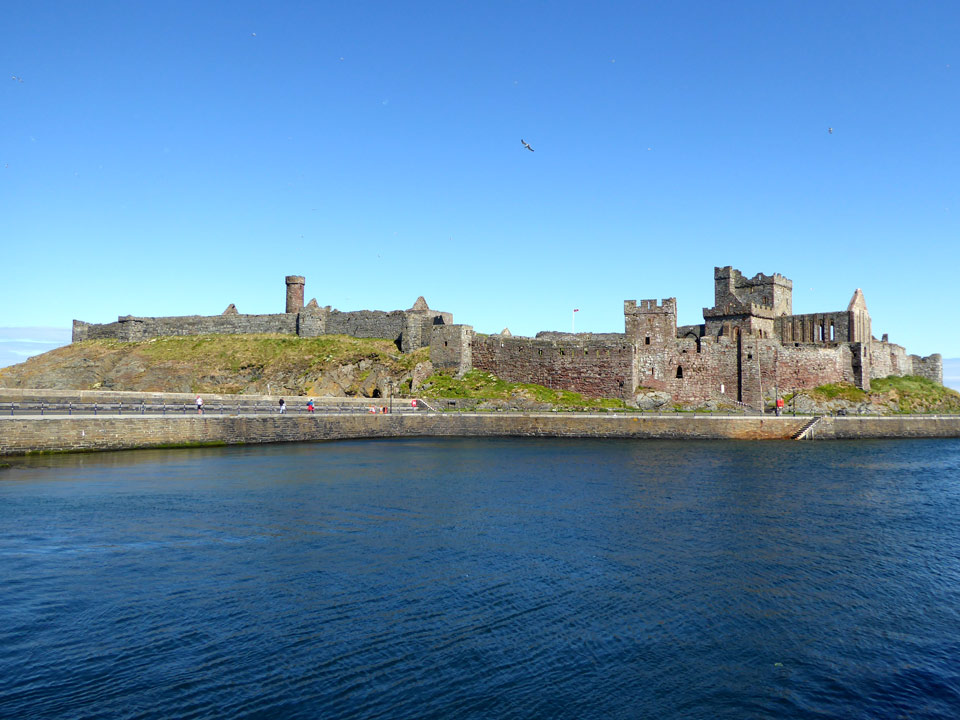 Peel Castle stands on St Patrick's Isle which is connected to the town by a causeway. It is now owned by Manx National Heritage and is open to visitors during the summer. The first defences are thought to date from the late 11th century when Magnus Barefoot, Norse King of Man, built a timber royal residence. The stone gatehouse and curtain wall were added in 14th century and then in the late 15th century the First Earl of Derby encircled the whole of St Patrick's Isle with a slate curtain wall and internal towers which forms the major component of the present Peel Castle.

The Half-Moon Battery and the Round Fort, with three gun embrasures, were built about 1540 and were part of the garrison of Peel Castle as were the later, 16th century armoury and 17th century barracks. The guardhouse (now the museum) and the gun battery date from the early 19th century.

Within the walls of Peel Castle are the remains of the 13th century Cathedral of St German which was in use until the end of the 18th century when the roof collapsed.