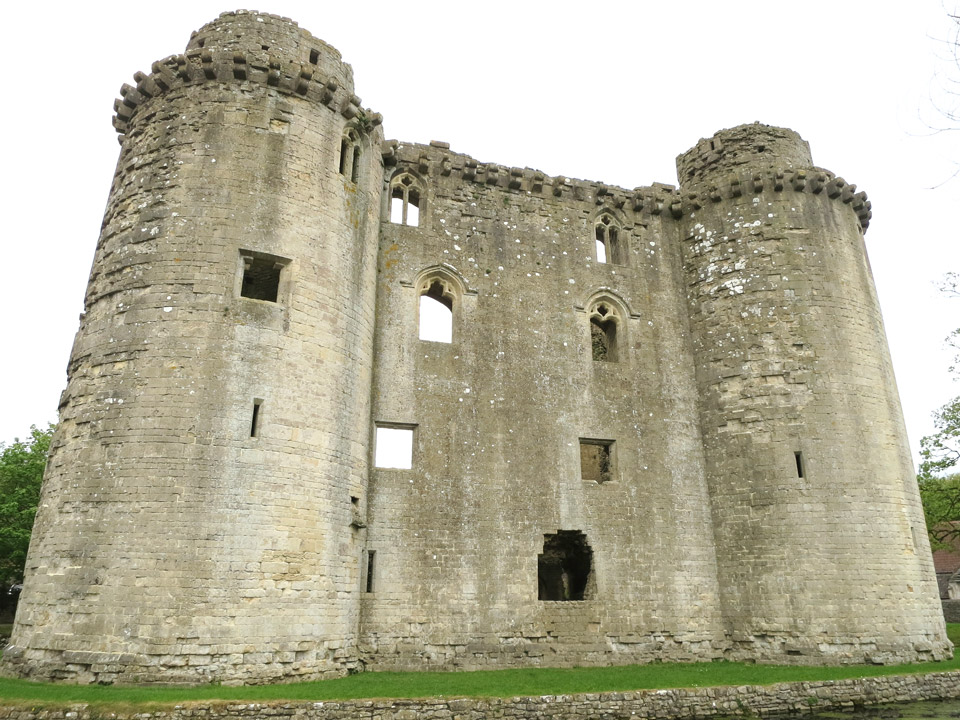 An unusual design, it is a manor house, 80 feet long by 40 feet wide, that was fortified in 1373 with four corner towers and surrounded by a moat. It was extensively rebuilt in the early 16th century, but it was beseiged by Parliament during the Civil War and the defences badly damaged, one section of the north wall being breached by cannon fire. It fell into disrepair and the north wall finally collapsed in 1910.