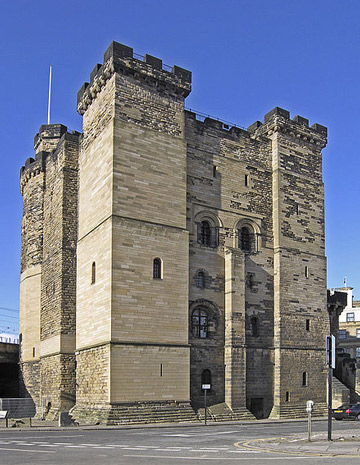 The castle was built in 1172 on the site of an earlier 11th century motte and bailey castle. It was in use until after the Civil War when it was used as a prison. Some restoration was carried out in the 19th century. The impressive sandstone keep, five stories high and with walls 15 foot thick, and part of the curtain walls are still standing.