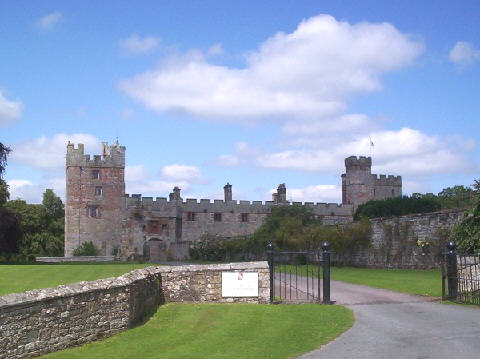 It was begun in 1335, originally as a Peel tower - the Dacre Tower - and it was then extended into a border fortress. It was later restored in the 17th century when it became a residence, and then had to be repaired again in the 19th century after a fire.