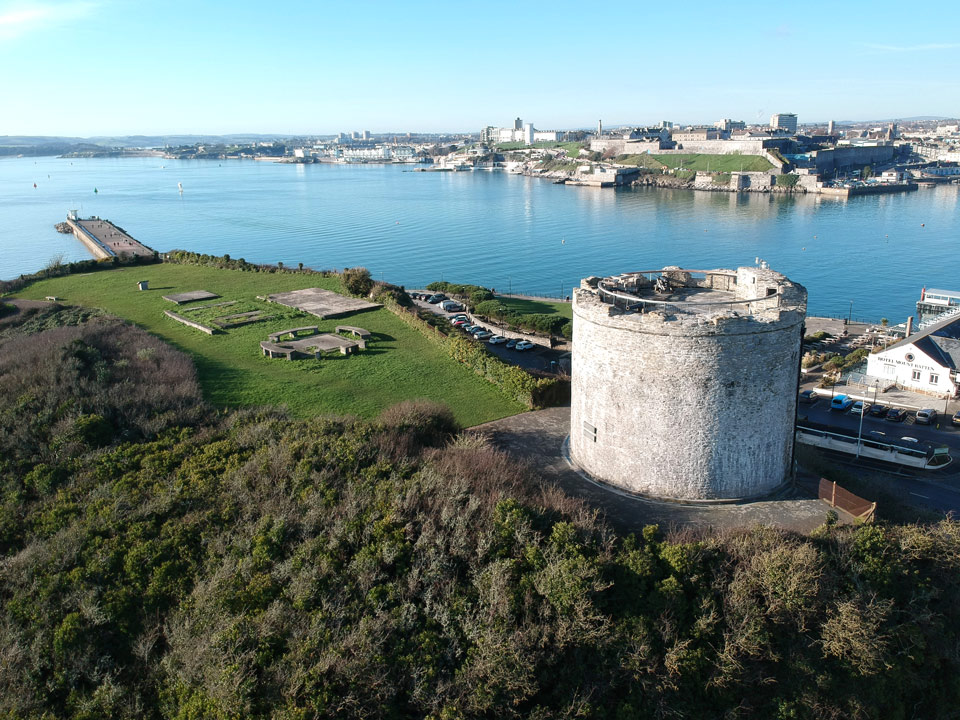 A 30 feet high gun tower guarding the southern approach to Plymouth harbour was built in 1652 across the water from Plymouth Fort (since rebuilt as The Citadel). It was designed to accomodate 10 guns on its roof. It was still in use during the Second World War with two Quick Firing guns added.

A Scheduled Ancient Monument, Mount Batten Artillery Tower is open to the general public on a few days throughout the year.