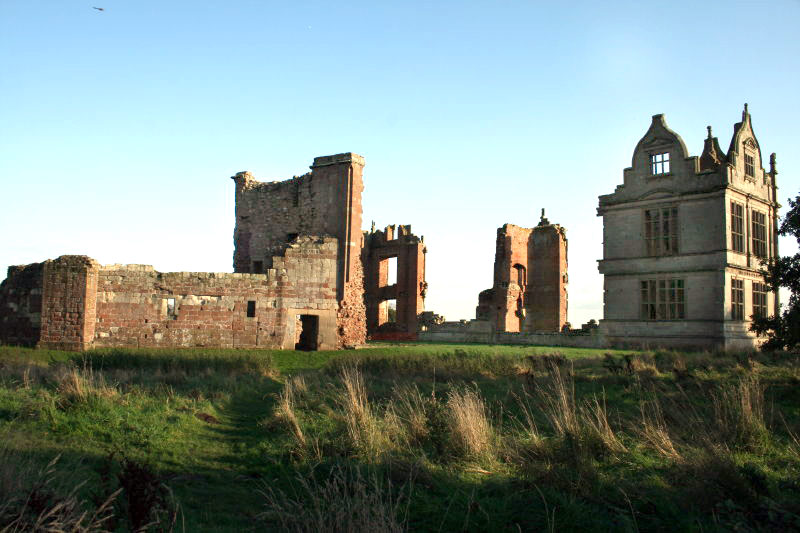 The ruined, late 12th century castle keep stands by the ruins of an Elizabethan manor dating from 1580. The manor house was captured during the Civil War and set on fire after which it was abandoned. Part of the keep and the foundations of the curtain wall remain.