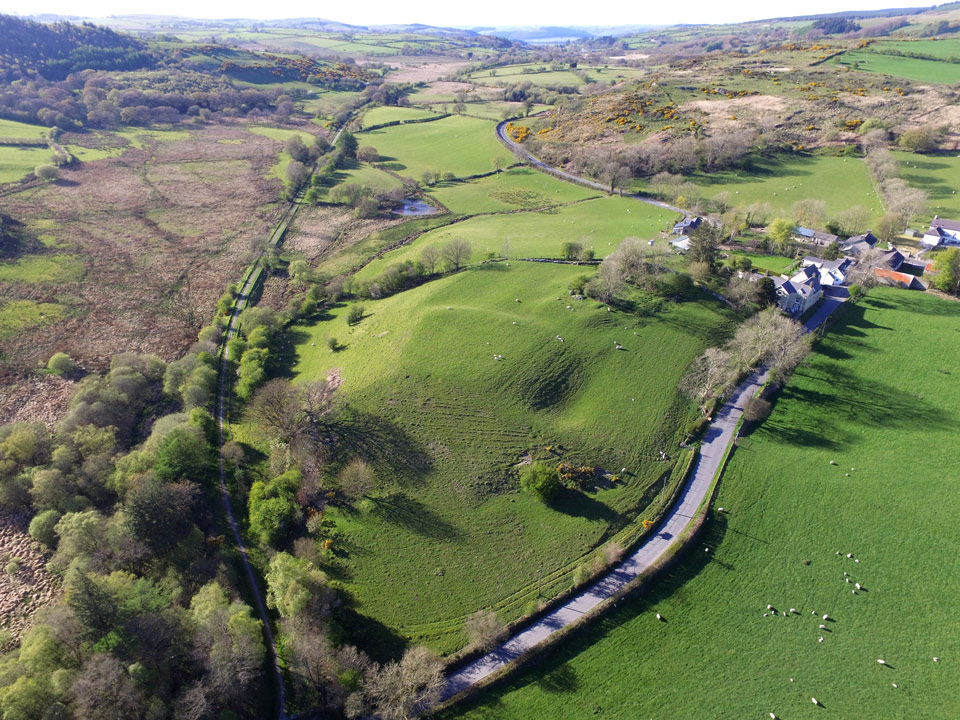 The first castle here was built by the Normans at the beginning of the 12th century, the remains of which are thought to be the motte about 500 yards to the east of the village. This was taken over by the Welsh who then built a stronger castle with a stone keep in the village. The castles were repeatedly damaged during the 12th century until 1208 when Maelgwn ap Rhys finally demolished the site. The remains consist of an angular enclosure, about 300 by 250 feet in size. In the northern part of the enclosure are the foundations of a large rectangular stone tower, 60 to 65 feet across. 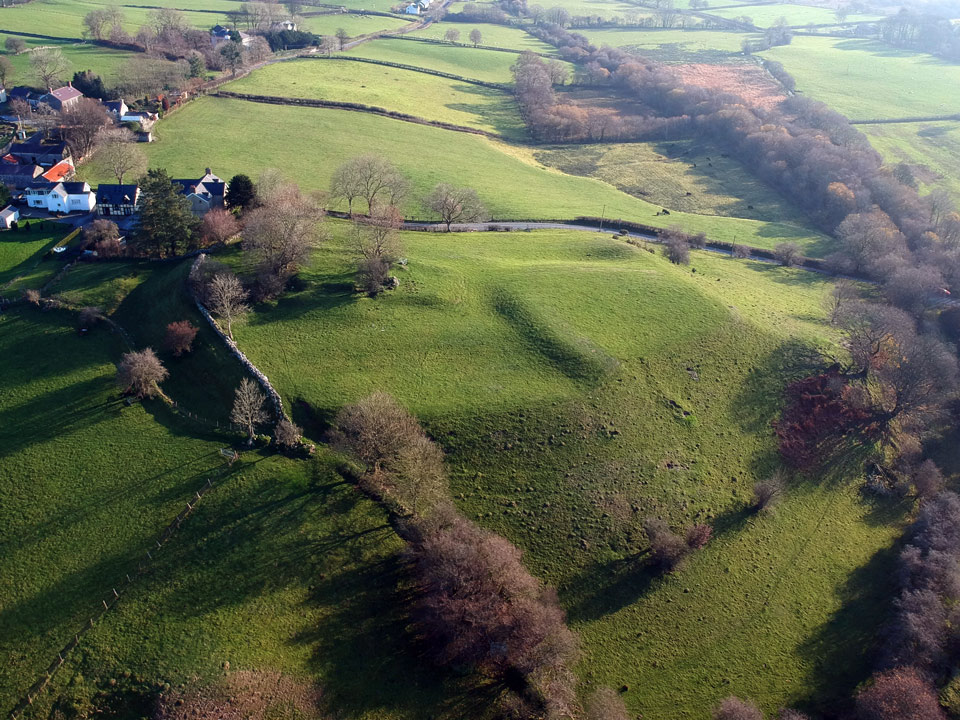