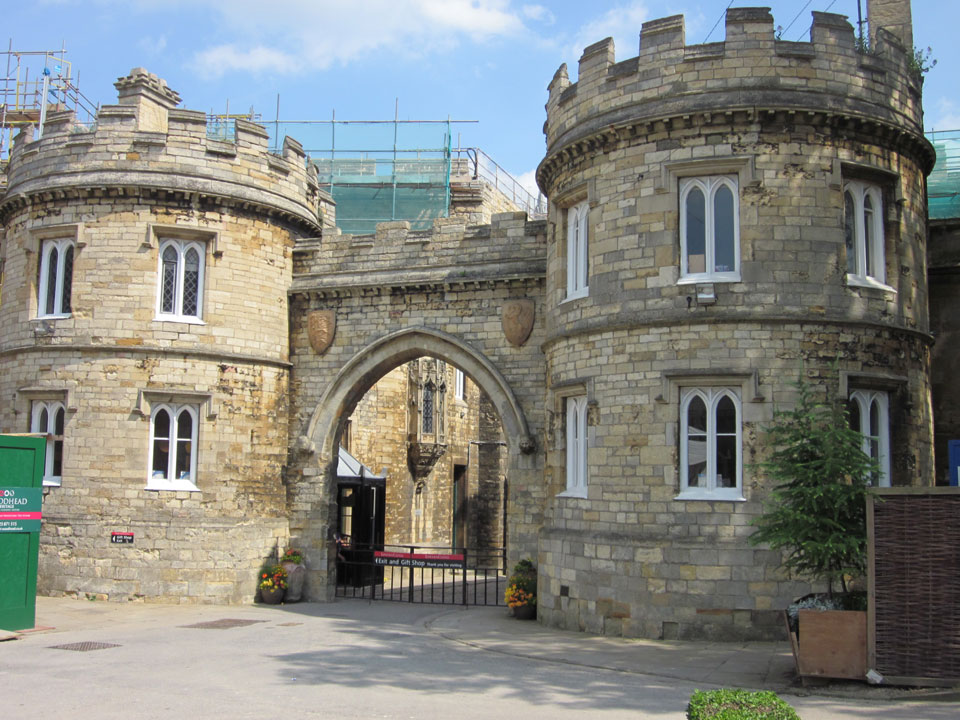 The Romans built a 5 acre legionary fortress (Lindum) at the top of the hill in AD50-60. It was defended by a deep ditch with an earth bank held in place with timber and with wooden towers at intervals along the wall and four gateways. From c. AD90 the site became a self-governing town called Lindum Colonia. The town defences were strengthened in stone during the early 2nd century and new stone gates were also built.

The Norman castle was built in 1068 as a motte and bailey in the south west corner of the Roman site, and at some point a second motte was added, probably in the 12th century. Two gates, the walls and the 12th century stone keep are still standing. The courthouse was added in the 19th century. The castle was captured in the Civil War but was not slighted as it was mainly used as a prison which continued until the end of the 19th century.

There is almost nothing left of the original Roman town walls apart from Newport Arch and the foundations of the East Gate. A new wall and gates were constructed in the 13th century to protect the cathedral. The Potter Gate, Priory Gate (rebuilt in 1816) and Exchequer Gate are still standing.