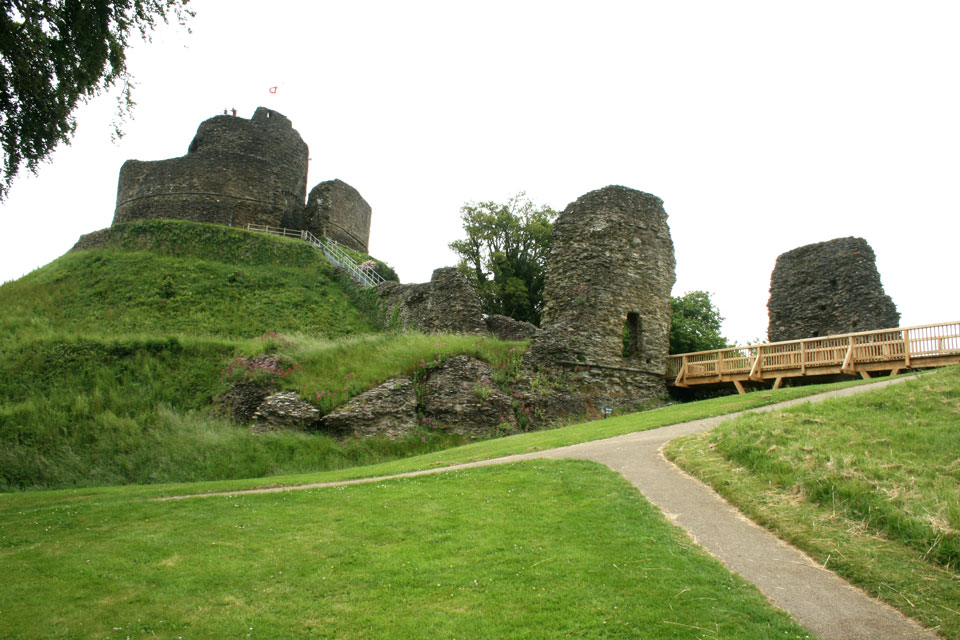 A motte & bailey wooden castle, originally known as Dunhevet Castle, that was probably started in 1067-68. The wooden keep was replaced in stone in the form of a circular shell keep in the 12th century. In the early 13th century stone walls and a number of towers were added of which two remain. The Earl of Cornwall stopped using the castle as the administration centre for Cornwall at the end of the 13th century, Restormel being used instead, but the decay was reversed in 1341 when the castle was repaired by the Black Prince, the first Duke of Cornwall. The castle fell into disrepair after having been captured by Parliament in 1646 during the Civil War, and large parts of the walls are missing now. The castle was used as the town's prison in the 18th and 19th centuries but the building was demolised in 1841.