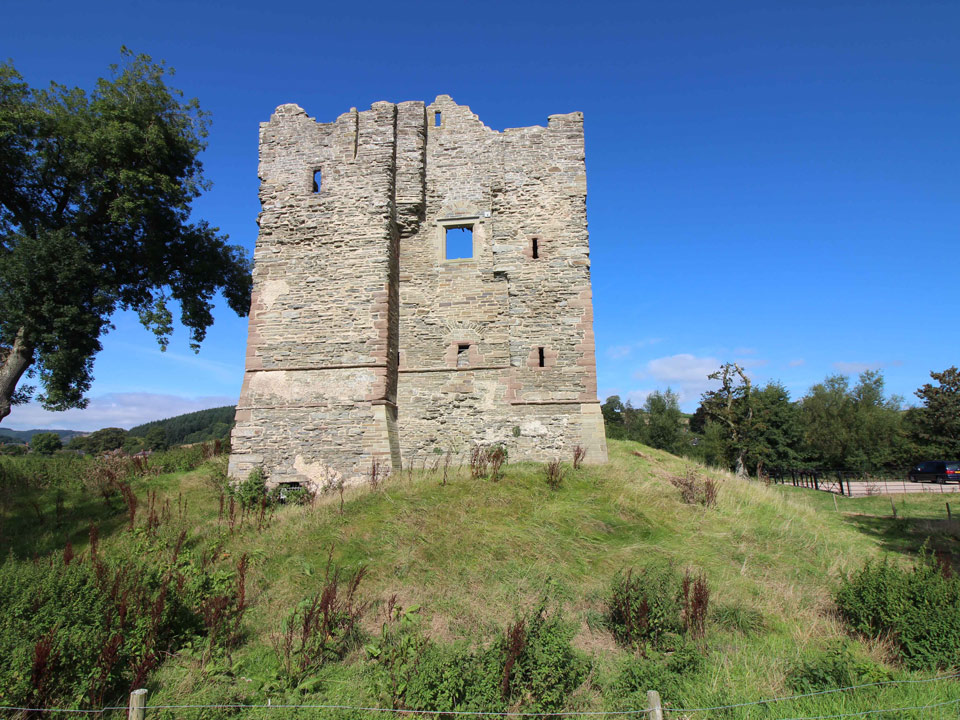 The first motte and bailey castle was built in the 12th century. The 14th century keep is 40 by 35 feet in plan and is still standing on a low 7 feet high motte surrounded by two baileys. There is no longer any sign of the stone curtain wall or the moat that originally surrounded the bailey. The castle was destroyed by Royalist forces in 1644 in the Civil War after it surrendered to cannon fire.