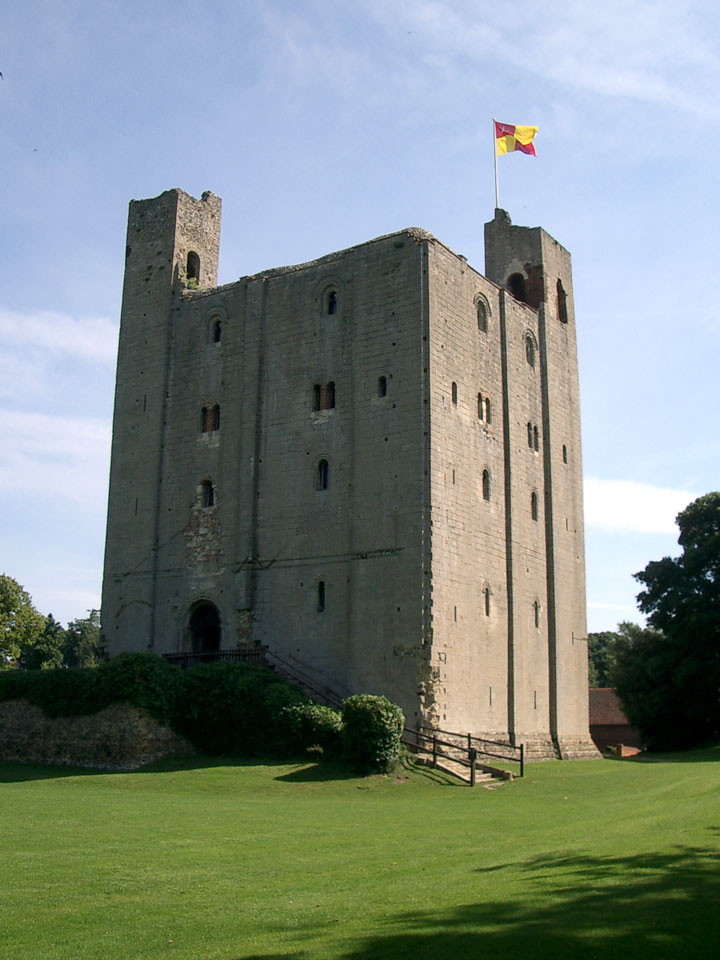 The structure dates from 1140 on the site of an earlier 11th century wooden castle. It has a five storey keep which is still over one hundred and ten feet high and is well preserved, although the interior woodwork had to be replaced eighty years ago after a fire. It was originally surrounded by a stone curtain wall, but all traces of this have now vanished, probably demolished at the beginning of the 17th century when the castle fell into ruin. A new house was built in the outer bailey in the 18th century when the grounds were landscaped and the trees which now hide the catle were planted. The original bridge connecting the outer bailey to the castle was replaced in 1496 by the brick structure that still stands.

Open May to September.