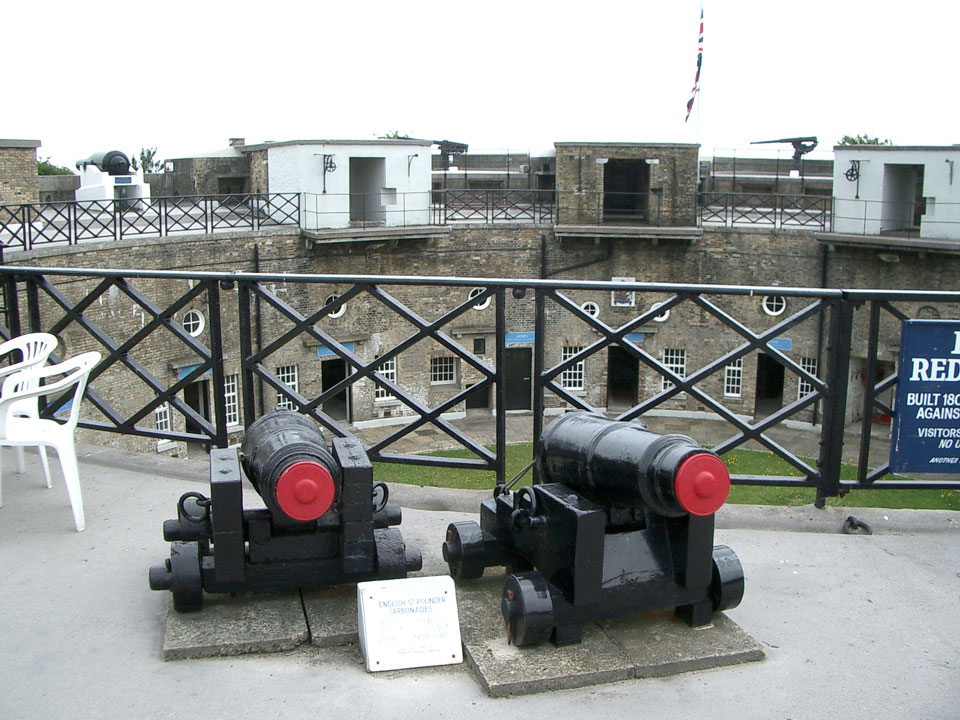 A circular fort commanding the eastern side of Harwich port. It was built between 1807 and 1809 to support Landguard Fort on the opposite shore near Felixstowe and to form part of the chain of Martello Tower defences. It is 200 feet in diameter, is surrounded by a deep ditch and can only be entered by one removable drawbridge. It was originally armed with 10 cannon but these were upgraded in the 1860's and 1870's and by 1872 three 9 inch RML guns were in place. One still remains although it is thought the other two are buried in the moat. In the 1920's it was abandoned and the surrounding housing built. It was taken over by the Harwich Society in 1969, by which time it was completely overgrown, but it has now been fully restored.