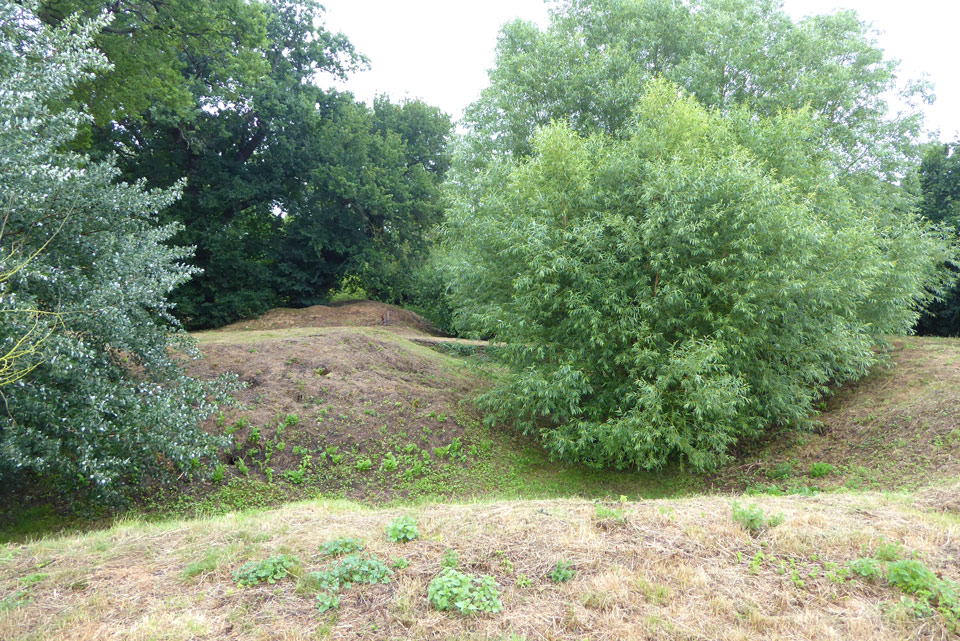 Aa medieval moated enclosure which lies within the grounds of Tempsford Park. In the early 13th century a rectangular moated enclosure 120 feet by 130 feet containing a timber manor house with a parlour/solar range to the north and a service wing to the south. The building was both extended and refurbished in the 14th century, but it was abandoned in the early to mid-15th century.