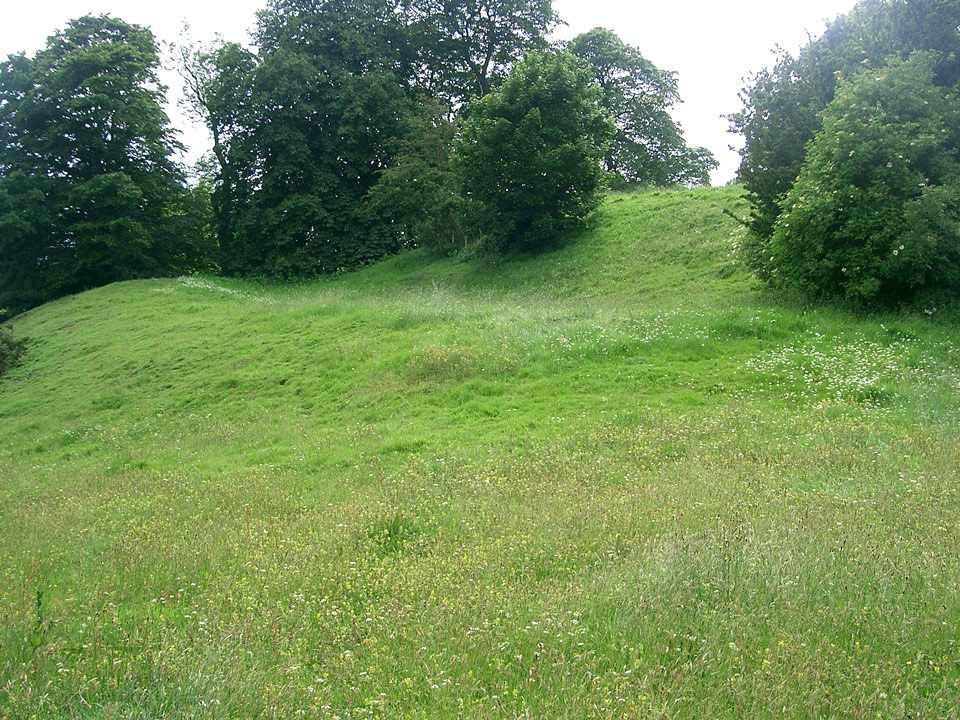 The motte and bailey is thought to have been built by Roger de Montgomery shortly after 1086. The mound is 250 feet in diameter across the base, 160 feet across the top, and stands 35 feet high and is used as a bowling green. It became a royal castle in 1138 and is likely to have been fortified in stone around this time although nothing remains. It was abandoned in the 14th century.