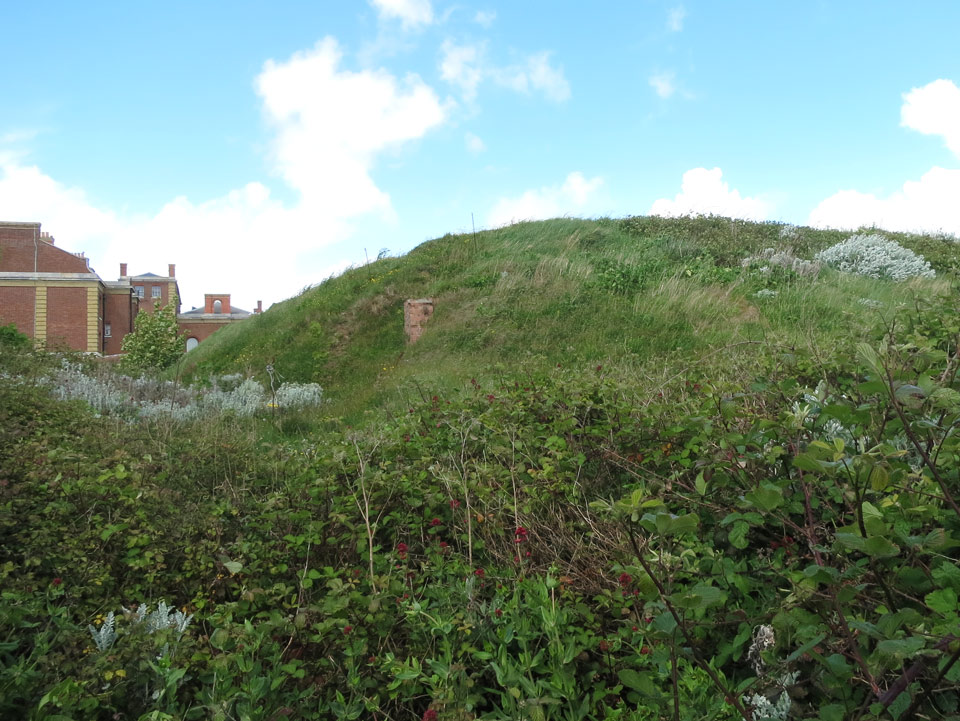 Eastney Batteries East and West were built between 1861 & 1863 and consisted of two mirror image coastal batteries in front of the barracks of the Royal Marine Artillery. They were designed to protect the approach to Langstone Harbour and the water to the east of Horse Sand Fort and in 1869 were planned to be armed with five 7-inch BL guns and seven 8-inch smooth bore guns. Each fort received a five tonne 6-inch BL gun on an HP (hydro pneumatic) disappearing mounting but the guns were removed in 1907. The East battery was used until the the 1980s by the Royal Navy, and is now part of the Royal Marines Museum complex. The West battery is now a garden.