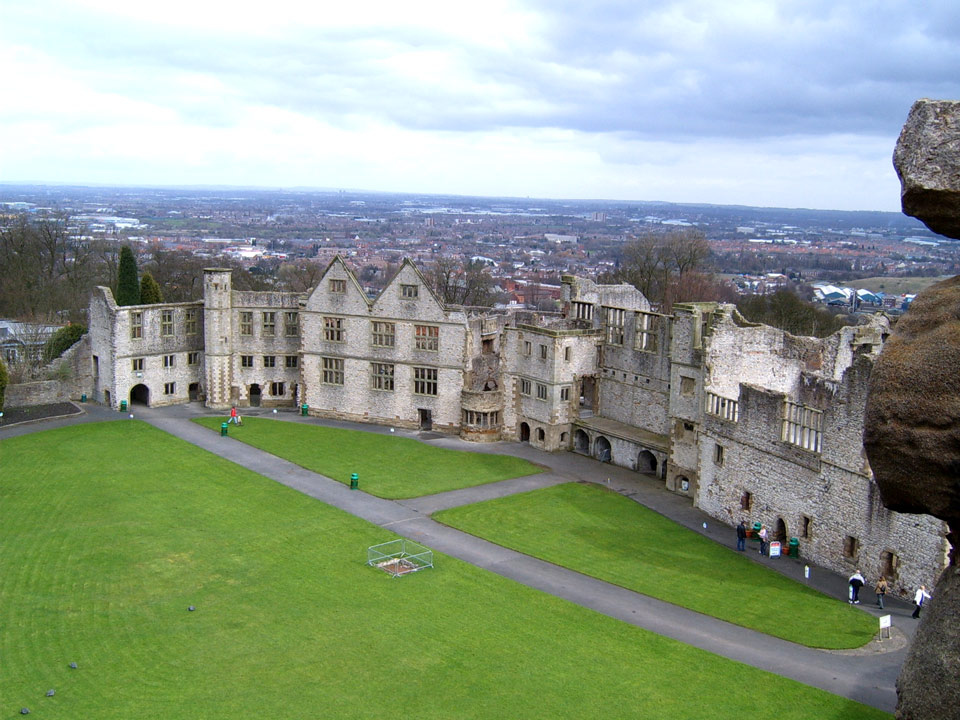 An 11th century wooden castle that was dismantled in 1173 but rebuilt in 1270 in stone with a great tower on the old motte and a strong curtain wall 8 feet thick. It was slighted in 1647 and the tower partly demolished and the interior buildings were then gutted by fire in 1750. The ruins were made safe twenty years ago for visitors. A section of the moat is now used as as part of Dudley Zoo, inhabited by seals and water fowl.