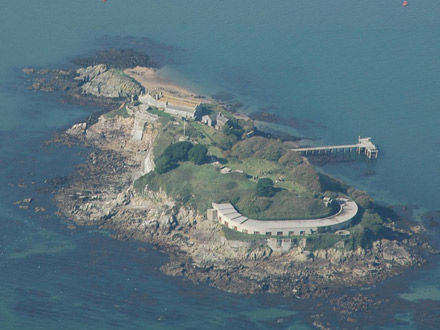 A small fort was built in the mid 16th century on the six acre island. Being in the centre of Plymouth Sound it protected the dockyard and was, along with the Citadel, one of the most important parts of the defences. Over the next two centuries it was continuously extended with additional gun batteries.

Between 1860 to 1900 it was much strengthened and equipped with 21 guns in armoured casemates until the whole island was effectively fortified. During the 1860's, 9 and 10 inch RML guns were used and these were upgraded to 11 and 12 inch by the 1880's along with a Brennan Torpedo launcher. Before the First World War the armaments were three 6 inch BL and 6 Quick Firing guns.

Army use ceased in 1956 and the island is now abandoned and not open to the public. 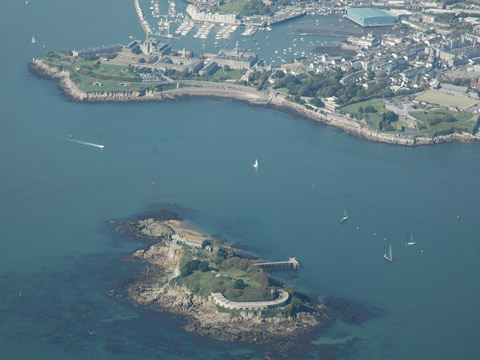